Harry Higgs was born on December 3, 1991, in Camden, New Jersey. He is among the two children born to Mike Higgs and his wife, Denise Higgs. He has a younger brother named Alex, who played golf at the Southern Methodist University but has started working as a caddie. After graduating from Blue Valley North High School, Higgs enrolled at Southern Methodist University and played golf. Talking about his physical appearance, Harry stands six feet and two inches tall and weighs 107 kg.

Harry Higgs has an estimated net worth of more than $2 Million. Higgs has earned much of his net worth through his successful career as a golf player. A golf player makes money after their score at the end of the event. They do not need to win the series to earn money. Harry has played in the PGA Tour in two seasons. Higgs took home $1,251,570 from his first season in 2019. He played in twenty-five events and made cuts in sixteen of them. Higgs also finished 2nd in a game and tenth in another. 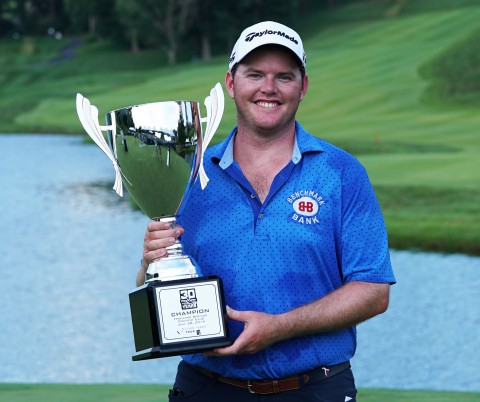 He has made cuts in eight games and finished second in an event. Higgs has earned $771,540, which the most from Safeway Open. The golf player must be making a handsome amount from his sponsorship deals with several franchises. In 2020, Generational Equity signed a sponsorship deal with Harry. He is very much early in his career and shall be adding much more to his net worth in the coming days.

Camden Native, Golf player, is very much early in his career. Higgs must be very much concerned about making his dreams and having a better future. Harry is believed to be single. His Instagram timeline of 50k followers is filled with photos of his games, vacations, and family.

Harry started playing golf from a very early age. He played golf along with his brother and was part of his High School golf team. Higgs turned professional in 2014 and played in the PGA Tour Latinoamerica. The player won played in the league until 2018. In 2018, Harry won his first title of Diners Club Peru Open and secured a tour card for the following year.