The American professional mixed martial artist, Gustavo Lopez, is all about hard striking and winning matches. Competing in the Bantamweight division of the Ultimate Fighting Championship (UFC), Lopez has won as well as lost one match in the octagon. But, only these facts don’t give justice to this amazing striker, as before his UFC career, he had a wonderful run with 11 wins and just 4 losses.

Born in 1989, Lopez was raised in a small town named Wapato, located in Washington, United States. He celebrates his birthday on the 27th of June every year, thus making him 35 years old as of this writing. He goes by the birth name of Gustavo Hernandez Lopez. His supportive parents raised him, and he spent most of his childhood playing around with his two brothers. Sadly, in an unfortunate incident, Lopez lost his father.

As for his education, he first attended Wapato High School and then went on to study at Yakima Valley College. Following that, he enrolled at Menlo College and graduated with a bachelor's degree in finance in 2014.

The now-famous MMA fighter initiated his fighting career way back when he was studying at Wapato High School. At such a young age, he made three state appearances and won two medals at Mat Classic.

Later, when he was enrolled at Yakima Valley College, he joined the Yakima MMA and began to train hard, with the late Rich Guerin as his mentor. Soon, his first amateur fight came after one of his friends asked him to step in the ring after the main fighter wasn’t available—he won the fight in just seven seconds.

Following that, he took part in several amateur fights and eventually decided to turn professional after he was unable to find a worthy challenger. And, on July 14, 2012. Lopez played in his first professional fight against Jorey Taylor and won it via TKO.

However, he could not do the same when he faced Kasey White in his second match held on April 27, 2013, as he got defeated via unanimous decision. Despite the loss, he backed himself up and won the next fight against Dylan Atkinson on July 6, 2013.

Ever since then, the fearsome striker has been able to win most of his fights. After making such a terrific record, on June 13, 2020, he made his UFC debut against Merab Dvalishvili. Unfortunately, his debut didn’t go well as he lost the match.

Nonetheless, in his next match, which also was his last match, held on November 7, 2020, he secured his first UFC win via submission when he fought Anthony Birchak. Currently, he is preparing himself for his upcoming match against Adrian Yanez, scheduled to happen on March 20, 2021, at UFC on ESPN 21.

The CAMMA Bantamweight Champion has won several amateurs as well as professional bouts to this date. And, with those wins, he also has managed to earn a healthy amount of money. So, how much is his net worth?

Sadly, nothing can be said as of now, as the MMA fighter is yet to disclose his official net worth.

The Wapato, Washington native MMA fighter is a very secretive guy. Due to that, he has kept all the details of his romantic life behind the curtains. 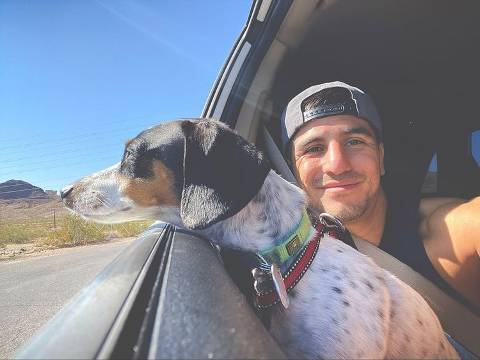 To conclude, it seems that either Lopez is very secretive about his private life and doesn’t want to speak about it in public, or he is single and a very eligible bachelor.