Gregory P. Roman a.k.a. Greg Roman is an American football coach working as an offensive coordinator for the Baltimore Ravens of the National Football League (NFL). Earlier, he coached for the Buffalo Bills, San Francisco 49ers, Houston Texans, and Carolina Panthers as an assistant.

Atlantic City, New Jersey native, Greg Roman was born on 19th August 1972, under the star sign Leo. The forty-eight years old holds an American nationality and is of white ethnic background. He stands 5 ft 8 in (1.73 m) and weighs 255 lb (116 kg).

As of 2021, Roman has an estimated net worth of $2 million. He is the highest-paid offensive coordinator in the NFL, yet the salary details remain under the shades. The forty-eight years old has been in the NFL for over two decades, serving as an assistant coach for Carolina, Houston, and Baltimore, before becoming an offensive coordinator at San Francisco and now Buffalo.

Back in 2018, Roman sold his Aurora home for $1.05 million. The 7,200-square-foot brick French country-style estate was built in 1997 which features five bedrooms, four full bathrooms, a den, a dining room, a formal living room. What's more, it consists of a first-floor master suite with a whirlpool spa bath and steam shower with a finished basement with a recreation and billiard room.

Greg Roman is a married man. He exchanged the vows with his girlfriend, Dana in a secret ceremony. There is less to no information regarding their wedding date and venue. A matter of fact, the couple is yet to come out with their love story like how they met, who approached first and started dating. 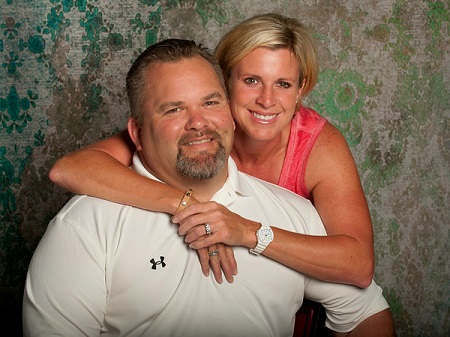 Greg Roman started his career in 1995 with the Carolina Panthers where he began as the unpaid strength and conditioning coach. In 2002, he was hired by the Houston Texans as their tight ends and quarterbacks coach. In 2006, he joined the Baltimore Ravens as an offensive line assistant.

Roman and his two elder brothers were raised by, Carol, a single mother, after the divorce. Reportedly, Roman never had a relationship with his father. At age 10, with the family strapped for cash, hence, Roman taking a job as a paperboy for the Atlantic City Press, and during the summers he worked as a "runner" on the beaches of South Jersey.

For high school, he enrolled at Holy Spirit High School in Absecon, New Jersey where he played football for the Holy Spirit Spartans. During his senior year, he was named to the All-South Jersey team. Upon graduation in 1991, he received an academic scholarship to attend John Carroll University in the Cleveland suburbs. Roman played football for the John Carroll Blue Streaks for three years, winning the starting job as a defensive lineman in his last two years. Roman finished his collegiate career with 145 tackles, 20.0 tackles-for-loss, and 9.5 sacks.