Gregory Walter Olsen a.k.a. Greg Olsen is a professional American football tight end who is currently a free agent. He is Chicago Bears' first-round pick of the 2007 NFL Draft who has played for the Chicago Bears (2007–2010) and Carolina Panthers (2011–2019).

Thirty-four years, sportsperson Greg Olsen is a well-established professional player. As of 2021, he has an estimated net worth of around $50 million. Furthermore, 13 seasons with NFL has earned him $63,245,000. 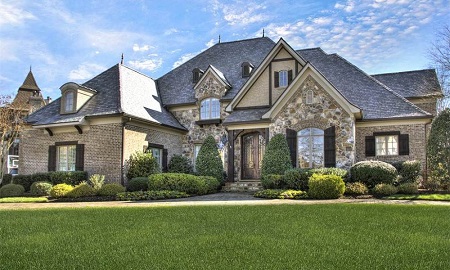 Shares Three Children With His Spouse

Regarding his relationship status, Greg Olsen is a married man. He tied the wedding knot with his girlfriend Kara on 21st March 2009, in Palm Beach, Florida. The wedding ceremony was royal and was attended by their family members, close friends along with several NFL stars including Devin Hester and Brian Urlacher.

The lovebirds met for the first time in 2003 and attended the same University, The University of Miami. Since then the couple started dating each other. 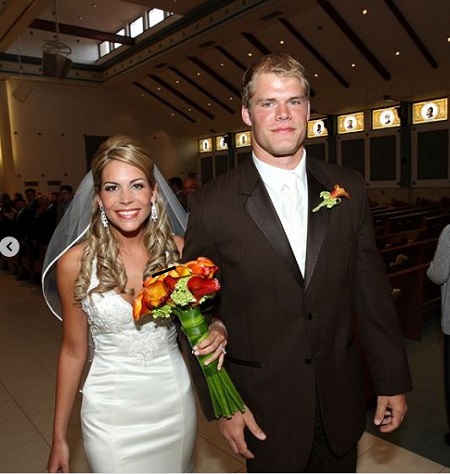 Greg and his wife are proud parents of their children. They welcomed their first son, Tate Christian Olsen in early June of 2011. Similarly, they became the parents for the second time following the birth of their twins Talbot and Trent Jerry on 9th October 2012. 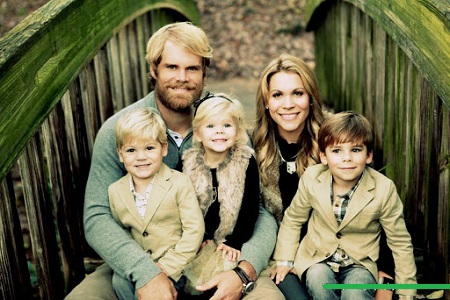 But, Trent was born with a very rare congenital heart condition known as HLHS whereas Tabolt was born normally.

Besides, Olsen is a social worker. In 2009, He founded Receptions For Research named “The Greg Olsen Foundation” which helps fund cancer research. The inspiration for his foundation is his mother, Sue who is an 11-year cancer survivor. He too organizes “Kicks for a Cure” Kickball Tournament which is the world’s largest kickball tournament.  He donates the money from his charity for cancer research.

A native of Wayne, New Jersey, Greg Olsen was born on 11th of March 1985, to Chris Olsen, Sr, and his wife, Sue. His birth sign is Pisces and his birth name is Gregory Walter Olsen. Regarding his nationality, Olsen is an American and he belongs to white ethnicity.

Olsen grew up alongside his two brothers: Chris jr., who played quarterback for the University of Virginia and Kevin, who was recruited heavily by several D1 schools, prior to deciding to play at Greg’s alma mater.

He enrolled at Wayne Hills High School, where he played basketball and football under his father. As a high school senior, Olsen was one of the three finalists for the Gatorade Player of the Year award along with his teammate Kyle Wright.

At first, Olsen attended the University of Notre Dame but later he was transferred to the University of Miami as a freshman in 2003. At the time, he was on the Hurricanes’ scout team prior to suffering a shoulder injury and being redshirted.

Throughout his college career, Olsen totaled 87 receptions for 1215 yards along with 6 touchdowns.

In the 2007 NFL Draft, Olsen was selected overall 31st in the first round by the Chicago Bears. On 3rd July 2007, Olsen signed his first-ever professional contract with Bears agreeing on a 5-year deal. This deal made him the very first play of the drafts top 64 selections to come to terms with clubs team.

On 23rd September 2007, Olsen made his NFL Debut against Dallas Cowboys, where he catches 2 passes for 28 yards. Ultimately, he ended the first season with 39 receptions for 391 yards and 2 touchdowns.

Further, he helped the club win their first 2011 playoff game against the Seattle Seahawks, catching 3 passes for 113 yards with 2 touchdowns.

On 28 July 2011, Olsen was traded to the Caroline Panthers for a 2012 3rd round draft pick. He ended his first season with Carolina Panthers with 45 receptions for 540 yards and 5 touchdowns.

Following his two seasons with the club, Olsen was offered a 3-year extension for a fee of $22.5 million, which includes a $12 million signing bonus with an annual salary of $7.5 million.