American footballer turned sports analyst, Greg Jennings is currently serving for the Fox Sports, working with Dan Hellie, Jim Henderson or Tim Brando to call regional games. As a player, he spent ten seasons in the NFL after he was drafted the Green Bay Packers in the 2006 NFL Draft where he played from 2006 to 2012 and then for Minnesota Vikings (2013–2014) and Miami Dolphins (2015).

Kalamazoo, Michigan native, Greg Jennings was born on September 21, 1983, under the star Virgo. He holds an American nationality who came from the Afro-American ethnic background.

Greg Jennings Net Worth and Salary

Currently, Jennings serving as an analyst for Fox Sports. The average Fox Sports Salary for Announcers is $100,368 per annum.

Besides, he appered on the CBS prime time hit show Criminal Minds, BET's The Game, in an episode of Royal Pains and 2013 The League episode, "The Near-Death Flex-perience", as well as is the main actor and star of Old Spice 'Smelf' ad campaign. His work in the acting industry has helped him to add a decent sum to his bank account.

Furthermore, he has founded The Greg Jennings Foundation which benefits underprivileged children and youth organizations. The organization raises money through organizational events, donations, and fundraisers.

Jennings is married to Nicole Jennings, also of Kalamazoo. The couple met in their 6th grade and went to 8th grade and senior prom together. Further, both attended Western Michigan and tied the knot in their junior year in college, in 2005. 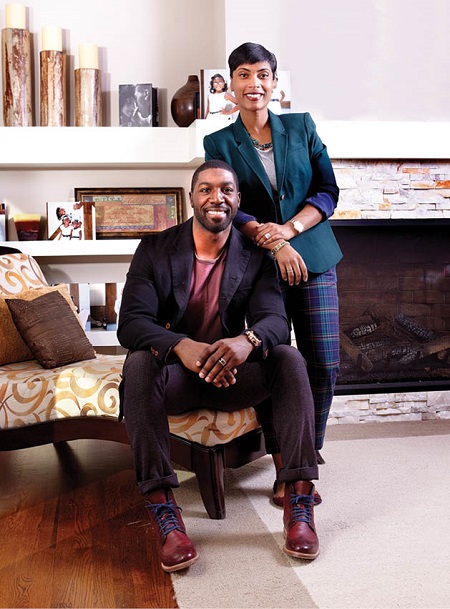 His wife has a nursing degree as well as a Masters in Nonprofit Leadership. Further, she owns the Minneapolis-based women's clothing business, Queen Anna. 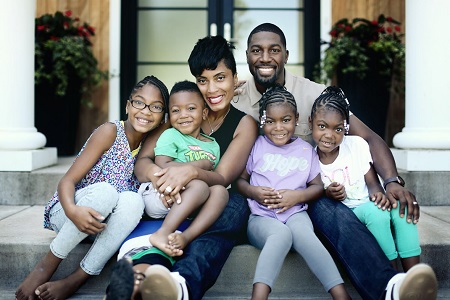 Greg Jennings is the son of Gwen Jennings and Gregory Jennings. He grew up alongside three siblings: Cortney Jennings, Valyncia Jennings, and Ebony Jennings.

He attended Kalamazoo Central High School where he was all-conference in three sports—football, basketball, and track. Jennings attended Western Michigan University and played for the Broncos and graduated from WMU in 2010.