Grant Calcaterra is a professional American Football tight end for the Philadelphia Eagles of the National Football League. The American athlete initially attended Methodist University but later joined the University of Oklahoma and played his college football there. The Philadelphia Eagles drafted Calcaterra in the 6 round of the 2022 NFL Draft. His roster status is active.

Grant Calcaterra, the Philadelphia Eagles tight end, was born on 4 December 1998 in Rancho Santa Margarita, California, with a star sign of Sagittarius. He is just 23 years old as of 2022. Talking about his physical appearance, Calcaterra is 6 feet 5 inches tall and weighs 112 kg (247lbs).

The 23 years old footballer is the son of his beloved mother, Diane Calcaterra and father, Chris Calcaterra. He was born triplets along with Andrew and Claire. Nick is the oldest son of the Calcaterra family. His family has been the greatest supporter of his interest and talents. They often attend Grant's game and cheer him up.

The 6 ft 5 inches, 247 lbs tight end has been playing football since his high school days. After completing high school education, Grant attended Methodist University, but later on, he joined Oklahoma University and played his college career there. He played from 2017 to 2019 for Oklahoma and was a vital player. As a freshman at Oklahoma, the American international Calcaterra played in 14 games and caught ten passes for 162 yards and three touchdowns. 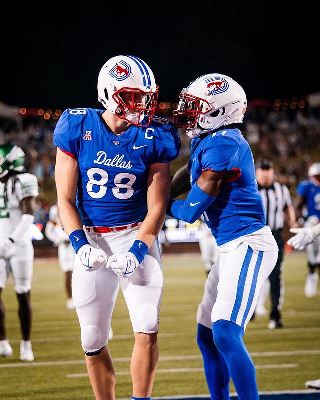 During his 2019 season, he also suffered a horrific injury which created the threat of retirement from football. Luckily, everything went well, so he returned to the field healthy and fit. His college career was at its peak, making him eligible for the 2022 NFL Draft.

Professionally, he set foot in NFL in 2022, after Philadelphia Eagles drafted him in the  6th round of the 2022 NFL Draft, signing a deal worth $3,834,142. He is in an early phase of his NFL career, so at the moment, he is grinding hard to be a regular member of the squad. Due to his ability and play, The Colts are also keeping an eye on him for the future deal.

How much money does he make from his football career?

The California-born tight end kicked -off his NFL career this year only, so he is still yet to make millions. The Philadelphia Eagles drafted him up in the 2022 NFL Draft, signing a contract up to 2025. He signed a deal worth $3,834,142 with the Eagles, including a base salary of $1,74,142 per annum.

As per the sources, he has an approximate net worth of $1Milion.

Observing his social media account, he lives a prosperous and lavish lifestyle.

Former Oklahoma footballer is mingled with his long-time gorgeous GF Sophie Martin, who is on the Sooners Pom Squad. However, their dating date remains a mystery. She is doing CA, majoring in public relations. 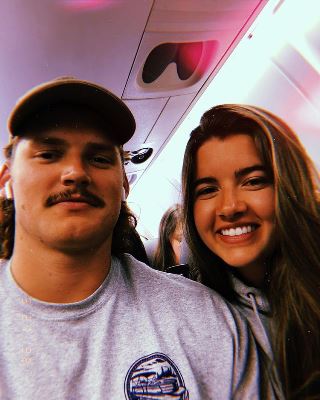 They are fond of traveling, so the love birds often go on vacation together. Calcaterra loves sharing thier pictures with fans and following via Instagram. They both are very happy and satisfied with each other.