Goran Dragic was born on 6th May 1986, in Ljubljana, Slovenia. His parents are father Marinko Dragic and mother Mojca Dragic. He grew up along with his brother Zoran Dragic who is also a professional basketball player. 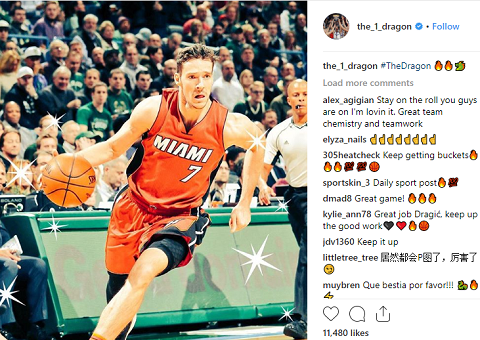 At the age of 17 in 2013, Goran Dragic began his professional basketball career playing in the Slovenian Second Basketball League with KD Ilirija. Likewise, Dragic further played for clubs including Slovan, Saski Baskonia and Murcia. With the club Union Olimpija, Dragic won the Slovenian League championship.

In 2008 NBA draft, Dragic was drafted by the Phoenix Suns with the 45th overall pick in the second round by San Antonio Spurs. But he soon got traded to the Phoenix Suns in exchange of Malik Hairston. Dragic scored career-high 32 points on 25th January 2010.

Likewise, on 24th February 2011, Dragic was traded to Houston Rockets in an exchange of Aaron Brooks. On 13th April 2011, Dragic scored his first career NBA triple-double in a match against Minnesota Timberwolves. He later returned to sons and played regular 2012–2015 seasons.

On 9th July 2015, Dragic signed a five-year contract with Miami Heat but he missed eight games in January 2016. Dragic recorded season-high 24 points, 8 assists, and 7 rebounds on 20th February 2016. He plays alongside Dwyane Wade, Justice Winslow, Kelly Olynyk and others. On the other hand, Dragic is also a member of the National Basketball team.

Goran Dragic is a married man. Dragic is married to his long-time girlfriend Maja Dragic. The couple exchanged their vows in August 2013. From their relationship, the husband and wife are blessed with a child, son Mateo Dragic. 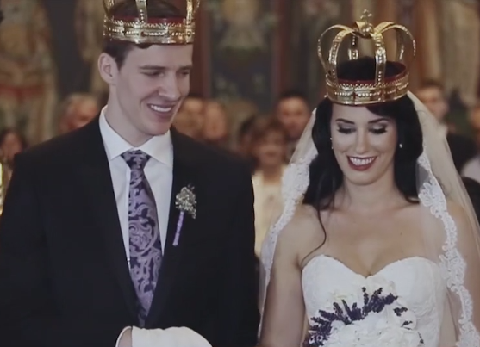 Their son Mateo was born after three months of their wedding in November 2013. Dragic and his wife Maja is together since their wedding and are still going strong in their relationship. They are maintaining a peaceful relationship without facing any rumors of divorce and extramarital affairs.

Goran Dragic Net worth and Salary

Gordan Dragic currently has an estimated net worth of around $12 million. From his professional basketball career, Dragic earns a tremendous amount of money. Dragic previously played for clubs like Phoenix Suns and Houston Rockets.