Goktan Gurpuz is a rising football player who plays football from club Borussia Dortmund Under 19 and from Germany Under 19 team. His leading position for playing football is central midfield, and he also prefers to play from attacking midfield and left midfield position.

Gurpuz wears number 10 for his current club Borussia Dortmund Under 19. He started his youth career when he was just eight by joining the club Hamborn 07 Youth based in Germany. He has earned eight caps for his national Under19 team and scored a goal so far. He is yet to debut to his German national team.

Goktan Gurpuz, a rising star midfielder of Germany, was born in Duisburg, Germany, on January 22, 2003. The information regarding his father and mother and what professions they are involved in have not been revealed by the 19-year-old, Gurpuz. His educational history is similarly kept under wraps. Gurpuz has his one younger brother, who is also currently involved in football and plays from the same Under17 team. His brother's name is Gokdeniz Gurpuz; he also plays from the midfield position.

Goktan Gurpuz loves to remain fit and healthy. He has good physics and measures 1.75m (5 feet 7 inches) tall, and he weighs 58 kg. Gurpuz holds the citizenship of Turkey and Germany and is a German national. His horoscope is under the radar as of now.

As of 2022, Gurpuz is in the starting phase of his career. He is yet to make his debut on the senior football team. Although he has not made it to the senior squad, his market value as of December 22, 2021, is 250 Th Euro, which is quite a good value for the youngsters. 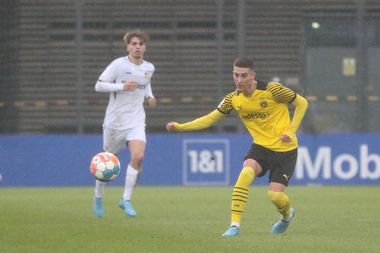 Goktan Gurpuz has yet to publish how much net worth he has at the age of 19 as 2022. Mr. Goktan has yet to divulge information on his indulgences, such as his home, automobile, and other possessions. He is also not backed by any sporting company, according to sources.

Goktan Gurpuz, a German midfielder, is a mysterious and confidential man who keeps his private life hidden from the public view. He hasn't said anything about his relationship on social media. 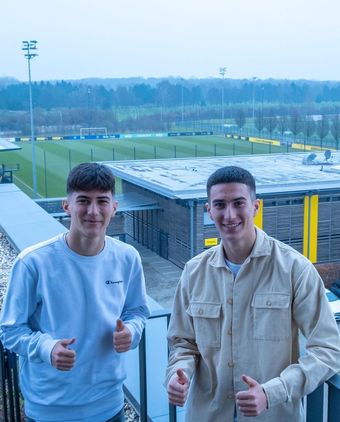 Read: Is Oleksandr Andriyevskyi dating anyone?

Scrolling down his Instagram, one can only find his footballing activities and practicing stuff. He hasn't posted much on his account.