Giorgos Giakoumakis is a Greek professional association footballer who plays as a striker for Scottish Premier League club Celtic and the Greece national team. He has been representing Greece at different ages in various international tournaments. He started playing professionally in 2009 as a youth player.

On 9 December 1994, Celtic Striker Giakpumakis was born in Heraklion, Crete, Greece, with the star sign Aquarius. As of 2022, he is 27 years old and represents himself wearing jersey number 7. In his soccer career, he has played for numerous clubs like Atsalenios, Platanias, AEK Athens, VVV-Venlo, etc.

Football journey of Giakoumakis from Atsalenios to Celtic

Heraklion-born Romani origin striker Giakoumakis began his football career playing as a youth player for Atsalenios in 2009 and was later promoted to Senior Atsalenios, where he played for one year. In 2014, he was sent to Episkoipi on loan for three years. On 26 June 2017, he moved to AEK Athens on a four-year contract. He appeared in overall 30 games, adding one goal to his tally.

After a year and a half in AEK Athens, the club assured to send him on loan to OFI on 24 January 2019 signing six month deal with OFI. The Eredivisie top scorer 2020-21 scored his first goal for OFI on17 March 2019. Giakoumakis made a total appearance of 10 in the six-month contract. After that, he was loaned out to Ekstraklasa club Gornik Zabre for the remainder of the season. It didn't go as he thought. He was pretty on and off in the transfer market. 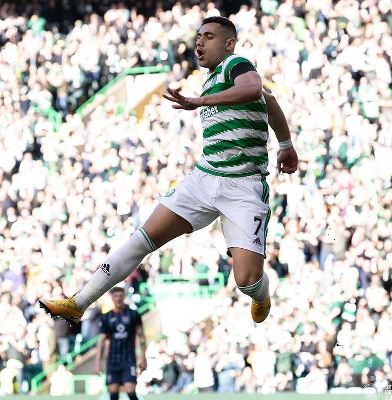 The same year i.e., on 11 August 2020, he assured to join VVV-Venlo signing a two-year contract with an option for an additional year with the Dutch club. His performance in Venlo was awe-inspiring. The Greece striker got to play in 30 games sending 26 times behind the net. Giakoumakis's form and finishing caught an eye of a Celtic coach.

On 31 August 2021, he signed a four-year contract with Celtic with a transfer fee of £2.5 Million. In November 2021, he made his debut for Celtic in the game against Bayer Leverkusen UEFA EUROPA League.

Annual earnings, market value and net worth in 2022

Twenty-seven years of Romanian origin, Greece nationality, Giakoumakis has played for top clubs for many years. His primary source of income is from football only. When he joined Celtic in 2021, Giakoumakis whopped a staggering weekly salary of £8200, which adds up to £4,26,400 per annum. According to our research, he has an approximate net worth of about $8 Million. As per the Trasnmakt, the Celtic striker holds the trending market value of $2.20 Million. His contract expires with Celtic on May 31, 2026.

Being a private personality, he has kept his love life very confidential. He is in a relationship with the girl he posted on his Instagram. However, her details are still not revealed. It's unsure about their marriage, but they seem to be dating. The duo is also blessed with a baby boy. 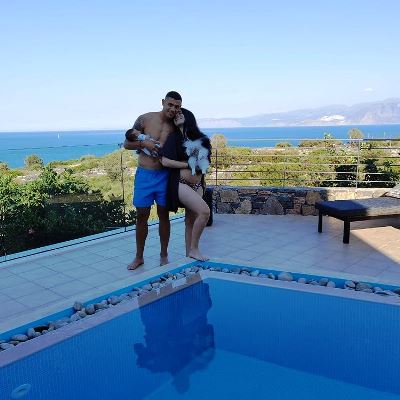 He prefers keeping his life low-key, due to which anything regarding his GF and son info is unknown to the public.

He is a regular social media user. Giorgos Giakoumakis goes by the Instagram name @giakoum9_official. Via Instagram, he gives his football news and life happenings to his fans and followers.