Gersson Rosas is a well-known basketball executive. He served as the basketball operations president for the Minnesota Timberwolves from 2019 until late 2021. Timberwolves called off their contract citing an inappropriate workplace relationship and contributing to a general toxic culture within the organization.

Gersson Rosas was born in 1978 in Bogota, Columbia. He rose to fame through his successful career and has not shared much about his parents' early life. After graduating from High School, Rosas enrolled at the University of Houston and graduated with a degree in Sports and business management.

Journey to Being the Executive Vice President of the Houston Rockets

Gersson Rosas graduated from a High School in his home country, Columbia. He was a brilliant student and applied to the University of Houston. Rosas got his degree in 2000 and joined Houston Rockets as their front office in the NBA. During his time in the office, Rosas started as a Personnel Scout/Video Coordinator for three seasons. Rosas ultimately worked his way up to Executive Vice President of Basketball Operations. 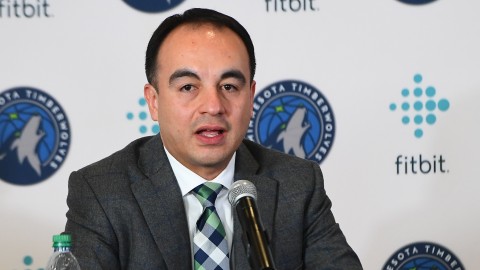 Gersson worked as the president of the basketball operation with the Timberwolves SOURCE: Timberwolves

While working with the Rockets, Gersson also served as Director of Player Personnel, Director of Scouting, and General Manager for Houston's D-League affiliate, the Rio Grande Valley Vipers. During his four-year time with the club, They won the championship twice. After spending ten seasons with the Rockets, Dallas Mavericks hired him as their general manager. He left the club due to disagreements with management and returned to Houston.

In May 2019, Minnesota Timberwolves signed him as their president of basketball operation. He could not meet the club's expectations and thus was relieved of his duties in September 2021. Rosas also worked for Team USA Basketball as an international scout since 2015.

Who is Gersson Rosas Married To? Know About His Wife and Children

Gersson is married to his longtime girlfriend, Susana Howard. They have been married for almost a decade. Rosas and Susana had a private wedding ceremony where they had invited only a few close friends and family from both sides. In an interview, The general manager shared that, The duo met each other while they were in High School and have been together ever since. 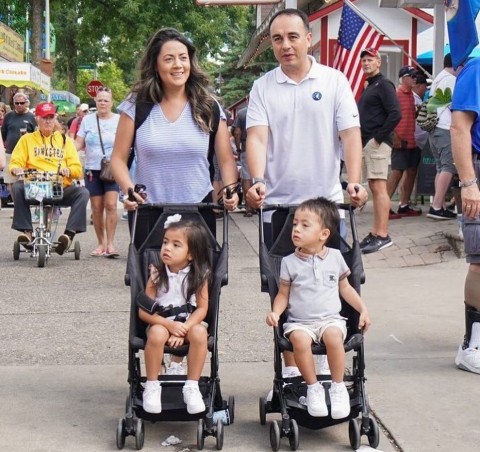 Gersson walks with his family in his free time SOURCE: Central Recorder

In 2016, Gersson and Susana welcomed their first child, a twin, Grayson and Ginna. Rosas opened up about the happy moment sharing through his social media account. The family of four is living a happy life. Gersson keeps posting photos of his wife and children on his timelines regularly.

In September 2021, Gersson reported having an extra-marital affair with one of his staff. They were found kissing each other after an NBA game. Much about the news is yet to be shared with the public.

Gersson Rosas has an estimated net worth of more than $10 Million. He has been working in numerous posts for more than two decades. Rosas has spent most of his time with the Houston Rockets. Recently, He was the president of basketball operations for the Minnesota Timberwolves.