Gerson, the midfielder for Herediano, is given jersey number 28 on the team. Not to mention, Belen, Herediano, American, and Necaxa are some of the clubs he has made his appearances. Also, in his soccer journey till now, he has accomplished Liga FPF: Apertura 2018-19  and Copa Mx; Clausura 2018 with Herediano.

Gerson Torres Barrantes, the Costa Rican descent player, was born on 28 August 1997 in Heredia, Costa Rica, under the sun sign Virgo. Currently, the left-footed midfielder is  25 years old. He is a Costa Rican citizen. As for now, there lack of any facts about his family members. As a result, their identity remains unknown. However, behind the public eye, his family supported him in every step of his professional and personal life. 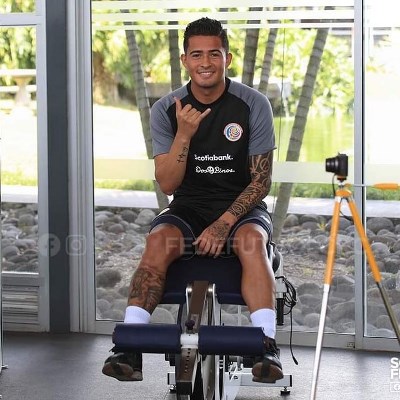 Gerson working out in the club's Gym SOURCE: Instagram

Costa Rica internationals, the shredded muscle-built players, have a height of 1.80m or 5 ft 11 inches and weigh around 71 kg. Further, we may see his gym reels and shots on his Instagram account @torresbarantes. From this, we can guess how healthy-minded a person he is. Additionally, he loves tatoo. Gerson's left hand and right leg are covered full of tatoo.

What's his annual salary? Net worth and market value

The 25-year-old Costa Rican midfielder is among the well-secured footballers making his name in the Costa Rican football era. According to our database, the player has a whooping net worth between $500k to $1 million, including all his assets. Unlike other footballers, his confirmed annual salary from the soccer profession is not available at any sites. However, he is one of the vital players of Herediano. Hence, it's inevitable that he earns more than an average player on the team.

Talking about his market value in 2022, it is €325K. He has had an identical market value since 26 December 2020. Indeed, it is the all-time highest value in his soccer career. Besides soccer, he also nursed his net worth from the income from his sponsorship and collaboration with the local company in his home.

Who is his children's mother? Is Gerson Torres married?

Gerson Torres Barrantes, 25, has a cute little daughter. He is very affectionate and close to her. She is about three years old. He takes her daughter everywhere he goes. We may see thier quality photos on his social media platforms. His Instagram feeds are full of his daughter's photographs. Regardless, there is no information on who his children's mother is. So far, neither Gerson nor any other confirmed media have noted her, so her name and profession remain a secret. 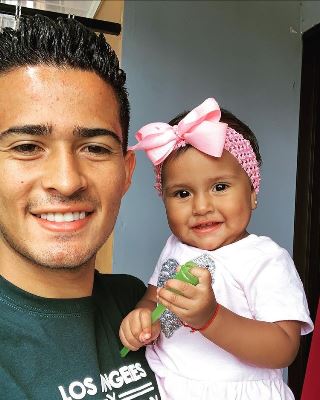 Indeed, he might be raising his daughter as a single mother. Inaddition, there are no rumors of his past relationship as well. In conclusion, he is believed to be single and unmarried due to the absence of his love life facts. We will get up to you when it's available.

Everything in his footballing career

Gerson Torres joined the Bmelen youth academy in 2012 when he was just 15 years of age. He played there at the U17 level and later successfully got his place in the first team in 2015 at the age of 17 years. In his debut season with Belen, he scored two goals in a total of 25 games. Subsequently, he reportedly Spanish Club Herediano for a year. Then after Herediano, he joined the club America in 2017.

The athlete was set to debut for Liga Mx, but unfortunately, due to league relegation, he was unable to play because him being registered as a foreigner on the U20 team. Later in 2018, he joined Herediano signing a major contract of five contract extensions at Necaxa. For Herediano, Gerson has 46 league matches in the 2021-22 season and 11 in the 2022-23 season.

For his national team, he made his international debut on 15 January 2017 in a friendly match against Belize. Notbaly, he is also the Costa Rican youth international. He got his first goal for his nation in a game against Hondarius on 16 November 2021, which was the late game-winning goal for the team. To date, he has played 20 games for his nation, including his youth and senior levels.

Stay tuned to Playerswiki for more news, bio, and gossip.