Geremi is a well-known Cameroonian former professional football player. He started his professional career in 1995 and played until 2011. Geremi represented Cameroon in 118 international games. The player played with some of the best clubs, including Real Madrid and Chelsea, and the EUFA Champions League.

Geremi was born Geremi Sorele Njitap Fotso on December 20, 1978, in Bafoussam, Cameroon. He is the son of Samiel Fotso and his wife. Geremi's father was allowed five wives due to his status as a footballer, and Geremi has 17 siblings in Cameroon. Talking about his physical appearance, Fotso stands five feet and ten inches tall and weighs 78 kg.

The Cameroonian football player started playing football with his father and his friends in his hometown. He was raised in a footballing family. Geremi was good with his formal education but had to drop out with the duties for his club and national teams. Fotso started training professionals with a local side in Bafoussam, Racing FC, in 1995. Racing won the league cup after sixteen years in his first season with the club. Geremi appeared in twenty-five games for Racing Bafoussam and then moved to Cerro Porteno in 1996. At the end of the season, The player joined Genclerbirligi in Turkish League. In his two seasons with the club, Fotso appeared in fifty-seven games. In 1999, Spanish club Real Madrid signed him on a three-year contract. In the next three years, Geremi got to play with some of the big names alongside Zidane and a few other players.

Fotso was nominated for the 2000 Ballon d'Or Award. In 2003, The player moved to the English premier league, and Chelsea paid £6.9 million. After spending quality time with the club until 2006, He moved to Newcastle United. While playing with Chelsea, They won the league title in the 2004/5 season and 2005/6 season. In the next three years, Fotso could not make much presence in the league and eventually announced his retirement in 2010.

Geremi has an estimated net worth of more than $5 Million. Fotso credits most of his net worth to his successful football career. He must have earned a huge amount from his sponsorship and advertising deal. He spent almost a decade in the biggest leagues of the world. His salary was more than $2 MIllion while playing with Chelsea.

Fotso is a married man living a happy married life and his wife and their children. Geremi walked down his wedding aisle along with his longtime girlfriend, Laure Fotso, in 2012. They had been dating each other for several years before their marriage. Geremi and Laure are the proud parents of three children, two sons and a daughter. 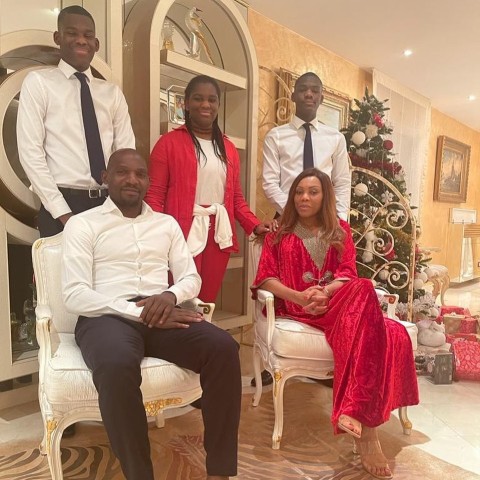 Fotso is an active social media user and shares photos of his children, wife and football games. He is very close to his family and spends most of his free time with them.