Professional Dutch footballer Georginio Gregion Emile Wijnaldum is famous as Georginio Wijnaldum, who plays as a midfielder for Serie A club Roma, on loan from Ligue 1 club Paris Saint-Germain and the Netherlands national team.

A native of Rotterdam, Netherlands, Georgino Wijnaldum was born on November 11, 1990, to Afro-Surinamese descent parents. His birth sign is Scorpio. Regarding his nationality, Wijnaldum is Dutch and belongs to the Afro-American ethnicity. He is the eldest of three brothers.

Wijnaldum has an estimated net worth of around $17 million. The footballer is currently playing for PSG, and his deal with the team is massive. His weekly wage is £182,000, while his yearly salary is £9,464,000. 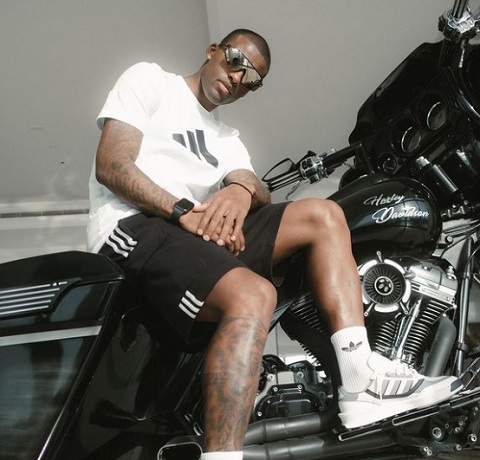 The star of the field, Georginio Wijnaldum, has earned a huge name and fame through his professional football career. His primary source of earnings is his football, as he has not disclosed any information regarding his endorsement deals. So, his market value is €12 million, while the highest value was €50 million on June 13, 2019.

Besides, Wijnaldum is associated with Adidas, and from the brand endorsement, he surely earns a good amount of money.

Georginio Wijnaldum is reportedly in a relationship with his girlfriend, Mirella Pereira. There is not much information about his dating life with Pereira, but Sports Brief reports that the pair has two kids, Jacian Emile and Julian Emilio. The footballer often posts images with his kids on his Instagram handle.

Apart from that, he was married in the past, and his ex-wife is Braaf. He exchanged the wedding vows with his high school sweetheart Virginia Braaf. His ex-wife Braaf has a jewelry line, "Sparkle V." Furthermore, they could not continue their married life and later separated. Meanwhile, the former pair also has two kids named Ki-yeann Lia Elouise and Aysia-Mae. One of his younger brothers, Giliano Wijnaldum, is also a professional footballer who plays as a left-back.

Wijnaldum is a native of Rotterdam. Wijnaldum turned 6; his parents went through a divorce. After separation, his mother moved to Amsterdam, where he decided to stay with his grandmother in Rotterdam, where he spent his childhood.

At his younger age, Wijnaldum never showed interest in football whether, until that date, he was never playing with balls or not even watching football on TV. In his growing-up stage, his dream was to become a gymnast or acrobat someday. However, he changed his ambition after he went to the opening day of Sparta Rotterdam youth academy with his nephew. Since that day, his love for football began to grow more and more.

In the year 1997, Wijnaldum began his football career with the youth club of Sparta Rotterdam, where he developed himself swiftly, winning two championship titles in his first two seasons.

On July 1, 2004, Wijnaldum moved to Feyenoord and joined the youth club. In the 2004-05 seasons, he played under 17, and in the following season, he presented the Feyenoord U-18 team. He was also part of the Feyenoord U19 team.

On April 8, 2007, Wijnaldum made his professional debut in a home match against Groningen in a 0-4. He made his official European debut in the 2008-09 seasons. On October 2, 2005, he scored his first European goal for his club against Kalmar FF in a 1-2 win.

Ultimately, he scored 40 goals and made 38 appearances for the club.

Wijnaldum moved to English club Newcastle United on July 11, 2015, signing a 5-year contract for a fee of $19.45 million. On August 9, he made his debut against Southampton in a 2-2 home draw with Chelsea.

He made a total of 38 appearances for the club and scored 11 goals.

On July 22, 2016, Wijnaldum arrived in the Premier League club Liverpool, signing a 5-year contract for a fee of $30.85. On August 14, he made his debut, wearing jersey number 5, against Arsenal. For Liverpool, he scored the first goal on November 6 against Watford in a 6-1. On July 1, 2021, Wijnaldum signed a deal with Ligue 1 club Paris Saint-Germain. Apart from that, Wijnaldum went to Roma on loan.

Georginio Wijnaldum has represented his nation in several tournaments playing both at the junior and senior levels. He was a part of the Netherlands U17, U19, and U21 national teams.

On September 2, 2011, Georginio Wijnaldum made his international debut for his country against San Marion and promptly scored a goal in the 11-0 victory. He was also part of the Netherlands squad for the "2014 FIFA World Cup," where he made the second goal in a 3-0 victory over Brazil.

Moreover, Wijnaldum is included in the national team of the Netherlands, playing in the FIFA World Cup 2022.