The professional footballer from France, Franck Haise is also a renowned former football player. Similalry, he also served as the head coach of Ligue 1 club Lens. Further, Haise has a mastery as a midfielder and began his career in 1988 by playing for the club Rouen.

The French football player has an amazing career on the football field as he has been an incredible player as well as the head coach. Besides, fans are in love with his football skills as he was one of the most remarkable players of his era. Additionally, Franck played for about five clubs and has managed more than five clubs.

His Early Life And Personal Details

Franck Haise was born on 15th April 1971 to his parents in Mont-Saint-Aignan, France; the former talented player and head coach from Mont-Saint-Aignan holds a France citizenship and is a French national. The details of his private career are not openly disclosed to the media sources, so the facts about his schools and universities remain unrevealed so far.

We know that Haise is well educated and must have attended a reputable college and University emphasizing France. Rather than a few details, we have no clue when Franck completed his study. Despite being a well-known personality, the player maintained his private life away from public reach. 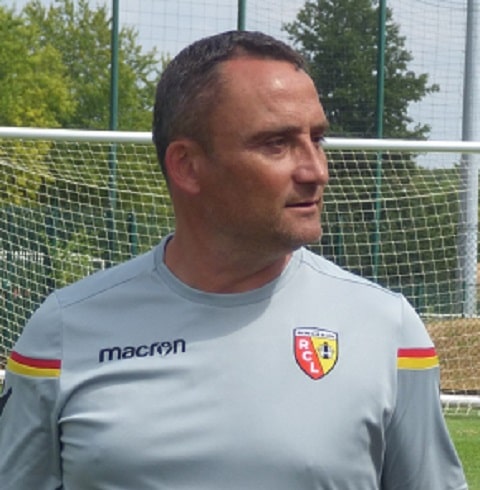 Frank Haise worked as a coach in Ligue 1
SOURCE: commons.wikimedia.org

Additionally, Franck has never spoken about having siblings, so we are not sure if he is the only kid of his parents or has a brother or sister. Hence, it became a bit difficult for us to talk about his family background due to his private nature. However, stay connected with us to get to know more details about Haise's family life and more.

Haise is a professional football manager who has been with the team Lens since 2020. Before starting working as a manager of Lens, Haise was previously associated with multiple teams.

In the year 2016, he was a caretaker for Lorient. And from 2017 to 2020, Haise managed Lens B, and since then, he has been with Lens. Furthermore, Haise is one of the most noted managers who had great tactics that also helped his team to win titles. Apart from being a manager, he was previously a player. So, Haise started his career as a football player, and after playing for numerous squads, he later became a manager. From 1988 to 1995, Haise played for Rouen, with whom he made 104 appearances and scored four goals. From 1995 to 1997, he appeared in 68 games with Laval but didn't score any goals.

Likewise, Haise played for Beauvais, and with that team, he appeared in 53 games and earned three goals. Not only that, but he also played for Laval from 1999 to 2002, making 61 appearances.

And from 2002 to 2004, Haise was with Anger. With the team of Angers, he made 31 appearances. The former player has gained various experiences in this field, and his skills were also loved by many people.

Haise is a manager, and he makes most of his gains from being a football manager. He is currently with Lens, and a report shows that his pay is around €65,000 a month.

Apart from that, Haise previously played for multiple teams and also managed them. So, it is believed that Haise's net worth may be in the six figures. 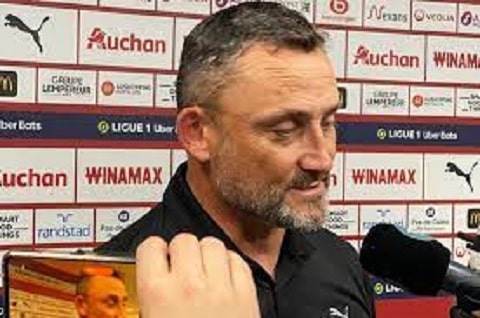 During his professional playing career, Haise had impressive deals with the clubs he played. In France, a football player earns around €33,056 a year and €16 an hour. So, while he was a player, Haise may have accumulated in the same range.

Moreover, the football manager now lives a lavish life as he has preserved good wealth. Besides, his income is growing more as Haise is still serving as a football manager.

The fan's favorite, Franck's married life, is limelight in the current scenario as most of his loved ones seem to be exploring his marital life. Further, Haise has a long history in the vocation which is familiar among his fans; apart from that, people are more concerned about his marital life.

So on, the former footballer is married, but as the exact details of his wife and marriage are not available at the moment, we couldn't reveal much about his married life. None of the sources have ever talked about his wedding details, and Franck is very quiet about it. 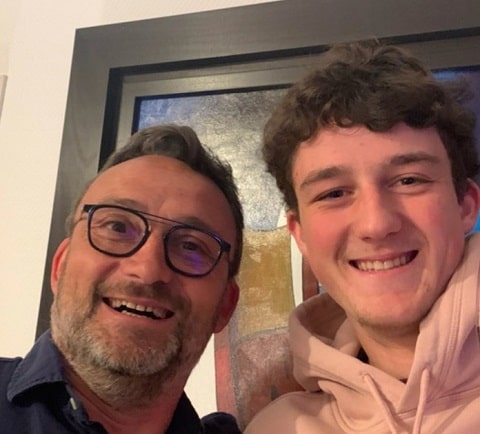 However, we know that he is the father of Mael Haise, who has also followed in his father's footsteps. Besides that, Franck has often spotted his son in the field, clearly showing he is a great and supportive father. We all know Franck is a career-focused person, which might be the reason he is hiding his lovelife away from the media limelight.

While talking about Franck's son, Mael, he is a twenty years old footballer currently playing for UFC Knights with a market value of 100 thousand Euros. Additionally, he plays as a center back for his fellow team.

As mentioned previously, Franck is a workaholic, prioritizing his work more than anything, which is why he is missing from the media sources. Nevertheless, we hope to meet him online soon in the upcoming days.