Lanto Griffin is a well-known American professional golfer. He turned professional in 2010. Lanto has won five significant tours to date and is rising the World Golf ranking chart. It took him five years after turning professional to win his first significant tournaments. He has earned an enormous sum to his name from the same sports.

Lanto Griffin was born on June 15, 1988, in Mount Shasta, California. He seems to among the three children born to Michael Griffin and his wife. He has a brother and a sister. The golfer's family moved to Virginia when he was small, where he spent his childhood. Griffin's dad worked as a manager at a health-food store in Blackburg. His parents were hippies. Lanto finished his study at Virginia Commonwealth University in 2009.

How Rich is Lanto Griffin? Know His Net Worth, Earnings, Contracts

Lanto Griffin has been playing professional golf since 2010 and has won several tournaments. As the golfers earn as per their performance, Lanto must be making a hefty sum. Lanto has an estimated net worth of more than $4 Million. He credits most of his net worth to his golf career. The golfer did not have an excellent economic game early on in his career but raised his games one after another. 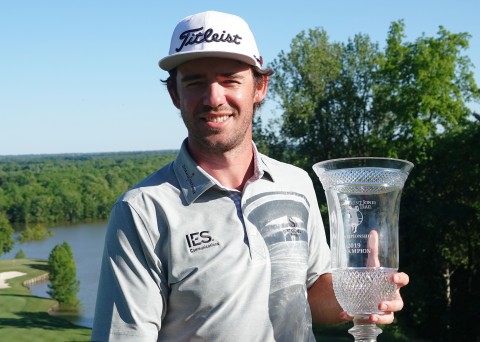 Griffin earned his first major prize money in the 2017/18 season, where he won more than $350,000 as his prize money. The 2019/20 season remains the most successful years in terms of his game and economic career. The thirty-two-year-old golfer took home more than $3.1 Million after winning Houston Open and made it to the top 10 in several games.

California Native, Lanto has earned $1.3 Million from Houston Open and $300,000 from several tours like THE CJ CUP, Sentry, Sony Open. Griffin must be making several hundred thousand bucks from his sponsorship deals, Contracts.

Lanto is dating his longtime girlfriend, Maya Elizabeth Brown. The love birds have been seeing each other for more than 2 two years. Both of them are active social media users and can be seen in each different timelines regularly. The duo is yet to their wedding knot and is expected to tie shortly. 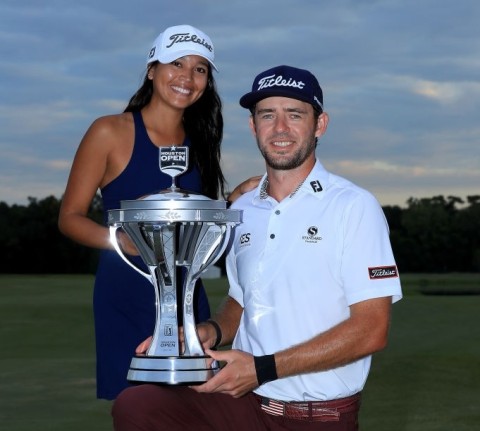 Journey From Nothing to Everything

Griffin started playing golf in his early teens. He rose to fame only after his games with the University teams. Lanto was named as the 2009 Colonial Athletic Association Player of the year. He won his first major title,   Roberto De Vicenzo Punta del Este Open Copa NEC, in 2015.

In 2017, The golfer won his second major tour and started to gain international recognition. In 2019, Griffin played on the Korn Ferry Tour and earned his spot for the SPA Tour. He made the most out of this chance, finished the season at the top, and won The Houston Open. Griffin currently ranks at number 50.