Panama-born Fidel Escobar is a 23-years old professional football player. Currently, he plays for the New York Red Bulls on loan from Sporting San Miguelito as a Defender.

Fidel Escobar is a native of Panama City, Panama, born on 9th January 1995, to Panama decent parent. He joined San Francisco's youth setup, where he received his early training. He holds Panamanian nationality and belongs to black ethnicity.

At his tender age, he made his senior debut during the 2012–13 campaign for San Francisco football club. In next season, he established himself as a regular first-team player making 14 starts and scoring one goal.

Fidel Escobar Net worth and Salary

Footballers' (soccer) compensations range significantly based on location and success. In Europe, Premier League the average earning of a football player is around $4-5 million per year whereas, in the USA, they make around $200,000 per year.

As a Panamanian football player, Fidel Escobar grows a massive amount of money. His contribution to numerous national team has also paid a decent amount of salary. As per the record of May 2, 2018, Fidel Escobar market value is around €175 thousand. 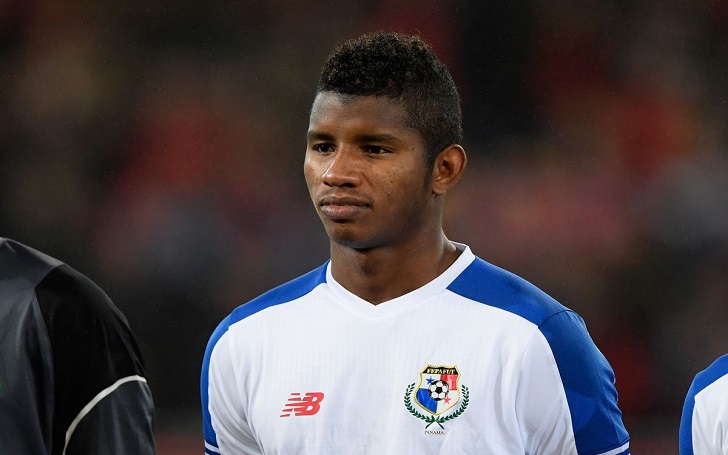 His impressive performance for Sporting San Miguelito club made him world-wide popular and also helped to gain the attention of European clubs. As the result, he was sent on loan with an option to buy to Sporting Clube de Portugal's reserve side Sporting B. He made his first play in a 1-2 loss against Portimonense S.C. On 15 April 2017, he made his return to the side helping victory over Uniao da Madeira in a 2-0.

On 27 July 2017, it came to know that, Fidel is joining New York Red Bulls on an 18-month loan. His first appearances for this club help to win a 4-0 over Portland Timbers. In the next season, he was loaned to affiliate side New York Red Bulls II of the United Soccer League to play against Tampa Bay Rowdies. His contribution for this club help to the 5-0 victory over Tampa Bay Rowdies.

Fidel made his international debut at the 2015 FIFA U-20 World Cup in New Zealand. In his debut match, he scored the 84th-minute equalizer in a 2-2 draw against heavily favored side Argentina. In February 2015, he made his senior debut in a friendly match against the United States.

Recently, he was included in Panama’s preliminary 35 man squad for the 2018 FIFA World Cup in Russia alongside Jaime Penedo.

Escobar hasn't revealed much details about his family and married life. However, on his Facebook, he can be seen with a girl believed to be his girlfriend. On June 17, 2015, he updated his relationship status on Facebook and revealed that he is engaged.

No further details about his personal life is available. He might have married till now.

Currently 28, Fidel Escobar stands at height of 5 feet 11 inches and weighs around 74 kg.