Fernando Verdasco Carmona, famous as Fernando Verdasco, is a Spanish tennis player. Fernando's career-high singles ranking is world No. 7. Further, he made his best performance in a Grand Slam by making the semifinals of the 2009 Australian Open. Verdasco is a left-handed tennis player who turned professional in 2001.

Fernando was born on November 15, 1983, in Madrid. Verdasco started playing tennis when he was four years old. He was introduced to tennis by his father, with whom Fernando practiced on the two hard courts. To start his professional career, Verdasco dropped out his school, and his father took over his son's academic training. Currently, Fernando's parents own a restaurant in Madrid. 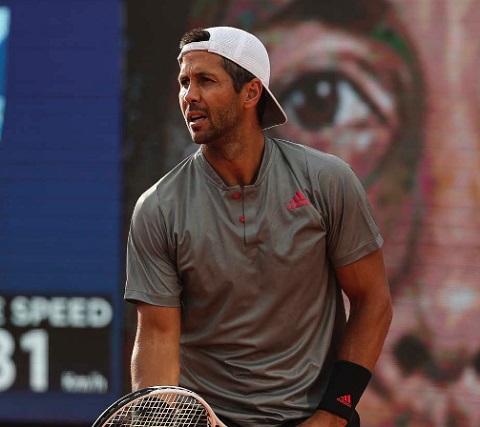 Yonex and Dunlop previously endorsed Verdasco. And he used the Babolat Aeropro series during his previous playing career.

The Spanish tennis player, Fernando, has been active in the vocation for long years, So his total earnings as of this writing are $18,257,980. Having played for over twenty seasons, he has amassed huge money from his professional career. So, thanks to his successful playing career. Likewise, Fernando's net worth is estimated to be over $9 Million. 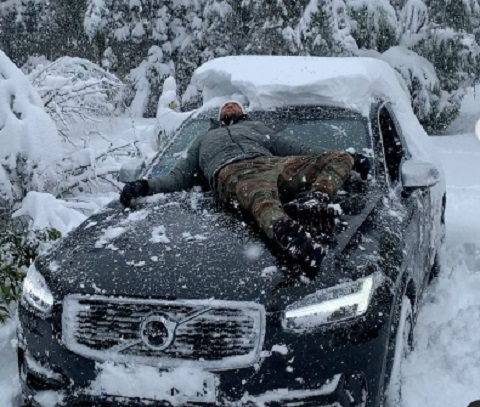 Have A Look At Fernando's Playing Style

Fernando is a skilled and pro-level tennis player known as an offensive baseliner. Besides, Verdasco is known for his relaxed way of playing on all surfaces. While talking about his playing style, the player's backhand shots are good, but his front-end shots are talked-worthy.

Apart from Fernando's professional career, his fans are curious about his romantic side. The professional tennis player is married to his lovely partner, Ana Boyer. The lovebird was married on  December 7, 2017. Over many years, the power couple yet shared a great bond and attracted the eyes of their fans every time. Further, Fernando recently celebrated his fifth anniversary with his wife, Ana. He shared a lovely post on his Instagram handle. While talking about their wedding, Fernando and Ana tied the wedding knot on the private island of Mustique in the Caribbean.

Along with his sportsmanship, Fernando is a loving father. The couples are the parents of two sons, Miguel and Mateo. The couple welcomed their first child, Miguel, in 2019. Similarly, they gave birth to Mateo on December 9, 2020.

Who Is Ana Boyer?

Boyer is an Instagram star who is also famous as the wife of Fernando Verdasco. Ana is the Miguel Boyer, and Isabel Preysler. Well, her father is a former Spanish politician, and her mother is a Spanish Filipina socialite. Boyer's half-brother Enrique Iglesias is a Spanish singer.

Fernando's parents are Olga Carmona and Jose Verdasco. His parents run a family business, a restaurant in Madrid. Verdasco has two sisters named Sara Verdasco and Ana Verdasco. The tennis player was diagnosed with ADHD. Fernando Verdasco with his wife and son SOURCE: Instagram @ferverdasco

Besides tennis, he supports Real Madrid. Likewise, the tennis player is a fan of the English rock band Oasis. As a fan of the Swedish band, his mother, Ana, named Fernando after the ABBA song Fernando. Likewise, Verdasco tested positive for COVID-19 twice in August 2020.

As mentioned earlier, Fernando has been part of multiple titles and events. So, Verdasco won the 2013 ATP World Tour Finals – Doubles along with David Marrero. Likewise, the tennis player also added to his team's victory by winning the Davis Cup in 2008, 2009, and 2011. Additionally, in 2013 Fernando and his team won the Hopman Cup.

When Did Fernando Started Playing Tennis?

Fernando is a familiar name in the tennis world, and he has had a keen interest in sports since an early age. So, as a youth, he started playing tennis with his father. Officially, he made his tennis career debut in 2003. Follwoing the year, Verdasco played in the Masters Series tournament (Miami Masters). So, in 2005 the tennis player beat Andy Roddick twice, which was Fernando's most significant turning point.

As of Fernando's playing career, the left-handed tennis player has played in multiple events and tournaments. In 2008, Verfdasco joined the Australian Open as the 25th seed. One after another, Verdasco got the opportunity to compete for various titles. Likewise, the player contested his 67th consecutive Grand Slam at the 2020 Australian Open.

Again in 2022, Verdasco returned to the ATP tour at the 2022 Argentina Open in Buenos Aires. Following the tour, he concluded the second round.

How Tall Is Fernando- Height and Weight

Verdasco has an impressive physical appearance as he is 6 feet 2 inches tall which is 1.88 meters. And he weighs 88 kg. The tennis player, Matteo Arnaldi, is 6 feet tall.