Felipe Baloy is a Panamanian footballer. He plays as a defender for Guatemalan club "Municipal". He is also a member of the national team of Panama.

Baloy started playing professional soccer at the age of 18. Currently, he plays as a defender for Mexican Primera Division teams.

Felipe Baloy was born on 24 February 1981 in Panama City, Panama. He is the second youngest among his seven brothers. He grew up with his brothers in the populous barrio of Cerro Batea in the San Miguelito district.  He grew up having interest in football from childhood while playing with his friends. His star sign is Pisces. 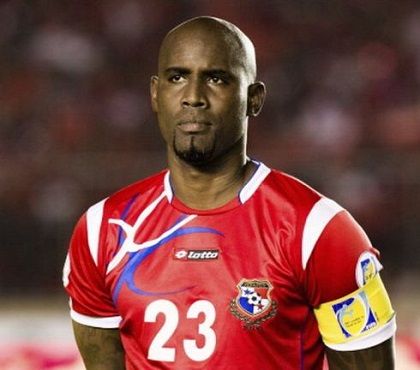 He started football at the age of 18 with the debut in ANAPROF team "Eurokickers". Talking about his education he has only completed his high school. After his high school education, he started pursuing his career in football.

Net Worth and Lifestyle

At the age of 18, Felipe started his football career with the team "Eurokickers". After one year he moved to Colombia's professional football team "Independiente Medellin". Residing in Medellin he played for Copa Libertadores in 2003. After the completion of the match, he was signed by Brazil's club "Gremio". There he played for  Campeonato Brasileiro Serie A 2003-2004 season.

Later in 2004, Baloy was signed up by Brazilian football team "Clube Atletico Paranaense" but since he was in Porto Alegre that time the team got eliminated from the match. Afterward, he played for the same league in 2005 and ended by becoming the second runner-up in the match.

After some time Felipe was signed by Mexican football team "Monterrey". He debuted on 30 July 2005 in Primera Divison League which ended up 1-2 against CF Pachuca. While in Mexico Felipe had to work hard in order to gain love from people out there since he was replacing everyone's favorite Pablo Rotchen.  Finally, after his outstanding performances, he was favored by people of Mexico.

In 2005 he played for 2005 Apertura where the team finished up as runner-up. Due to his extraordinary play, he became one of the best defenders from Mexico. In 2007 Baloy was loaned to American football team "Club America" for 2007 Copa Libertadores. 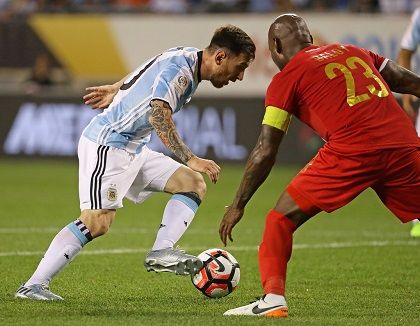 In the following years, Baloy was also linked with different clubs of Europe. On 2009 Apertura he played for Monterrey against Cruz Azul which ended up with the win of 6-4. Baloy was nominated for the "Golden Ball" for best defender the same year. However, he stood second for the award behind his teammate Duilio Davino.

During his 4- year stay at Monterrey, Baloy played for 145 times where he scored 10 goals. Later he was sold to another Mexican team "Monarcas Morelia".

Felipe started his international career by playing in the Panama U-20 squad which sought to qualify to the 2001 FIFA World Youth Championship which was going to happen in Argentina. However, the team didn't manage to appear in the match since it didn't get qualified.

As of 2018, he is going to represent himself in Panama's preliminary 35 man squad in FIFA World Cup 2018, alongside his teammates Alex Rodriguez, Jaime Calderon.

Talking about Felipe's personal life he is married to his long-term girlfriend Eliana Galeano. The couple is blessed with one son and one daughter. His first child is named after himself i.e. Felipe Baloy. The name of his second child is Maria Elisa Baloy.

Currently, he is living in Panama with his entire family. He holds a close relationship with Blas Perez and Gabriel Enrique Gomez who are his team members.