Elizabeth Faith Jewkes is a former collegiate track and field athlete who became popular as the girlfriend of MLB player Clint Frazier. Besides, she also played tennis, soccer, and has done cheerleading as well during her high school days. She was also the Wyldlife Leader and part of the Young Life and Beta Club.

Faith played for the North Buncombe high school until 2016 where she achieved many titles due to her performance. Her boyfriend Clint, whose net worth exceeds $1 million, is currently playing for the New York Yankees of Major League Baseball (MLB).

The young and beautiful track and field athlete seems to be in deep love with her boyfriend Clint Frazier who plays in MLB. Faith and Clint reportedly started dating back in early 2017 as her social media posts tend towards it. She shares every moment on social media which she spent with her love.

Faith and her boyfriend Clint on vacation at Clearwater Florida on February 18, 2017. SOURCE: [email protected]

As per some source, her boyfriend had initially said that he would marry Faith after his career was over but later changed his decision in 2017 and revealed that he cannot wait to marry Faith for how she handled him during his troubled days.

When asked by NY Post journalist about his plans on not getting married until his career was over, Clint replied:

That’s gonna change, I can assure you that. I’ve got a beautiful, very caring girlfriend by the name of Faith Jewkes that has moved in with me out here, and things have gotten serious very quickly, and she’s a part of the reason, if not a major reason, why I’ve had success this year and accomplished a dream.

Who is Clint Frazier?

Clint Frazier was born as Clint Jackson Frazier who plays professional baseball in Major League Baseball for New York Yankees as an outfielder. Frazier was born to parents Mark Frazier and Kim on 6th September 1994. He completed his high school from Loganville High School while he attended the University of Georgia for a college career. 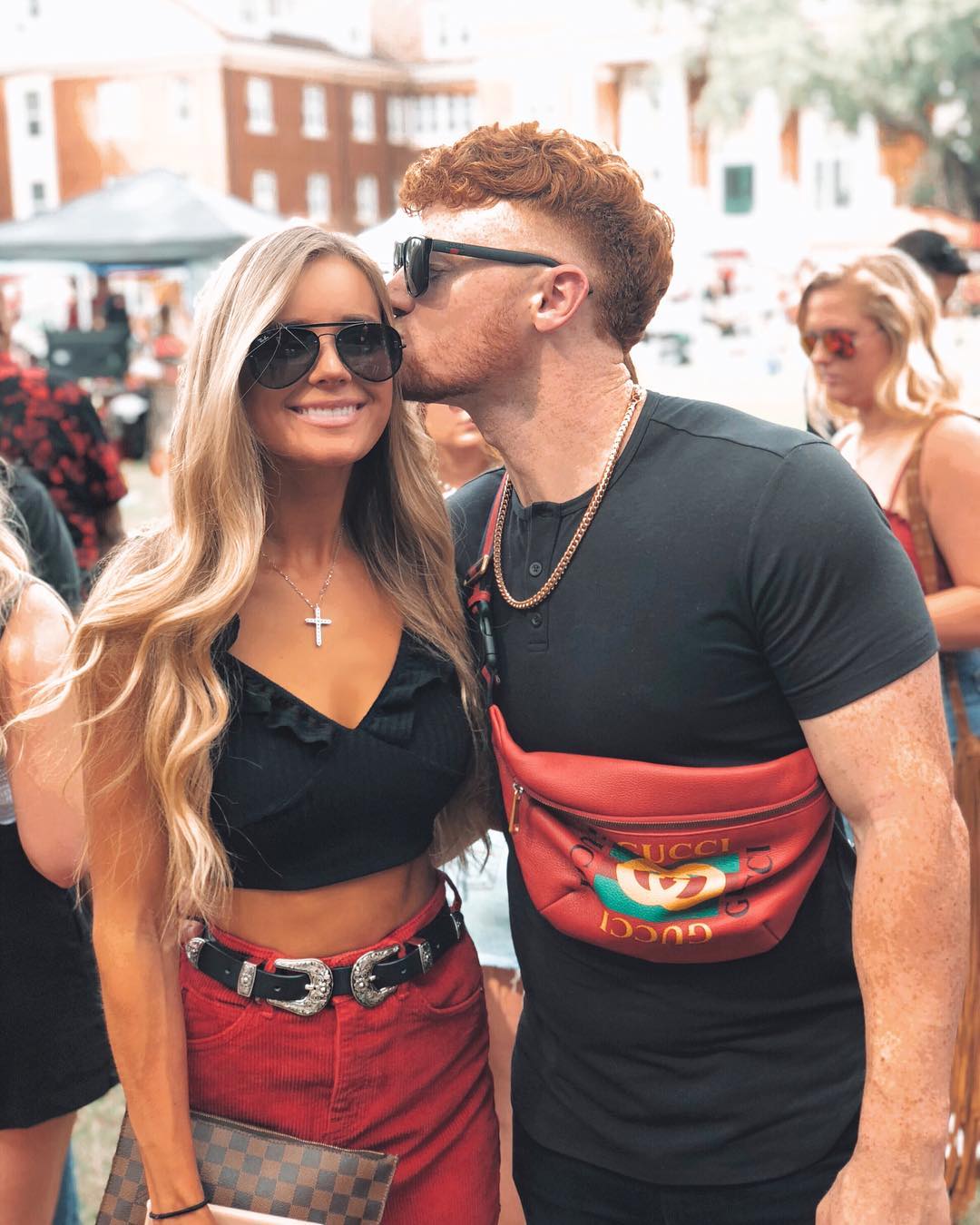 Faith and her boyfriend Clint on October 2, 2018. SOURCE: [email protected]

In addition to this, so far the 25 years old baseball player is able to collect a sum of $4.6 million from his entire career. Besides, he started his professional career in 2013 with the Cleveland Indians. Tyler Lyons and Tyler Clippard are some of his teammates who are among the reputed MLB players.

The beautiful athlete was born on 25th August 1995, to American parents Owen and Liz Jewkes. She spent her childhood with her brother Christian who is also a baseball player. Faith completed her high school from the North Buncombe high school.

In addition to this, she also completed her majors in Psychology from Wofford College where she played for Wofford Terriers.

Faith was a former high school track and field athlete and as per the sources, high school players are not paid. Despite that, they are given scholarships to some extent for them to give continuity in education. Well, she is also not popular as her boyfriend Clint so it will be hard to extract her income details currently. 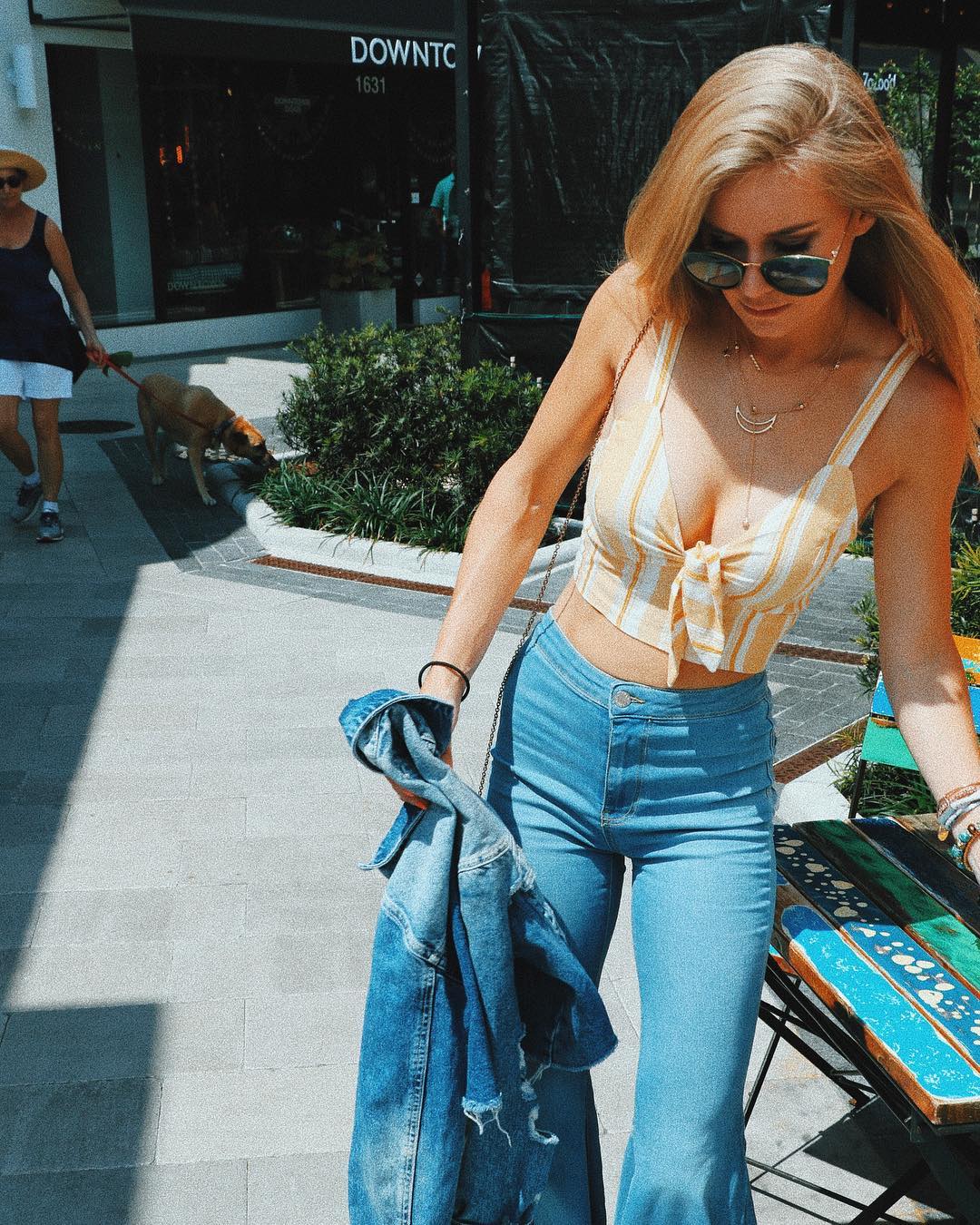 Besides, her current boyfriend holds a massive net worth of above $1 million with total career earnings more than $4.6 million.

Jewkes seems to be enjoying her luxurious life with her boyfriend. It seems that she uses some expensive brands like Gucci, Denim, and many more.

Stay with Playerwiki for the latest updates.