Many people gain their way to fame through various means, and Zoey Christina Ball gained her piece of fame as an athlete's daughter. Moreover, Zoey is the daughter of Lonzo Ball, point guard of the Chicago Bulls. Lonzo and his ex-girlfriend Denise Garcia gave birth to Christina. However, things did not work out between Zoey's parents, and the couple later broke up.

Although Lonzo and Denise like to share pictures of their bundle of joy on their Instagram, Zoey's parents refrain from over-sharing about their child for the little one's safety. But, the four-year-old child does have an IG account supervised by her mother.

Zoey Christina Ball was born out of wedlock. As such, Zoey's mother, Denise Garcia, gained primary custody rights, according to the rule in most states in the U.S. Likewise, Lonzo Ball had to pay the child support. 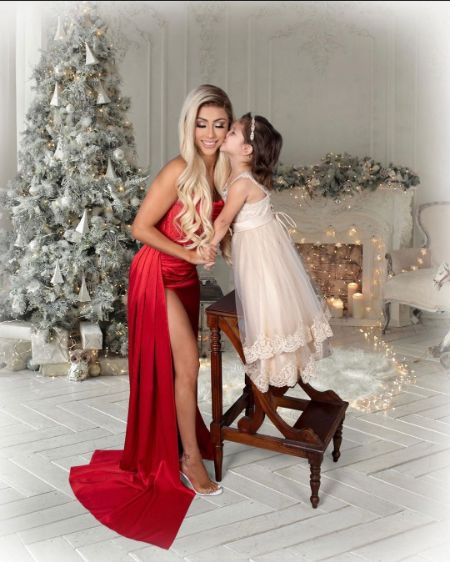 Lonzo would have paid his baby momma the child support without fuss if she had asked for a reasonable price. But, nope, Ms. Garcia wanted $30k as a monthly child support amount.

Fans saw the amount and knew what Denise wanted. Also, threatening the Ball family for child support didn't help Garcia's case. But, Lonzo settled the matter privately, away from social media. So, the child support amount remains a well-guarded secret.

Drama in the Family

Denise Garcia called the NBA star a "deadbeat," in an Instagram Live stream, further escalating things in the Ball family. A few months after the live stream, Zoey's father confronted Denise about the topic.

And unlike the child support ordeal, Lonzo confronted his baby momma in public. The world watched the confrontation as it was televised on the reality TV show Ball In The Family.

Zoey Christina Ball was born in July 2018. Moreover, she recently turned four; wow, does time fly. Ball's parents like to keep her actual birthday hidden from the public. 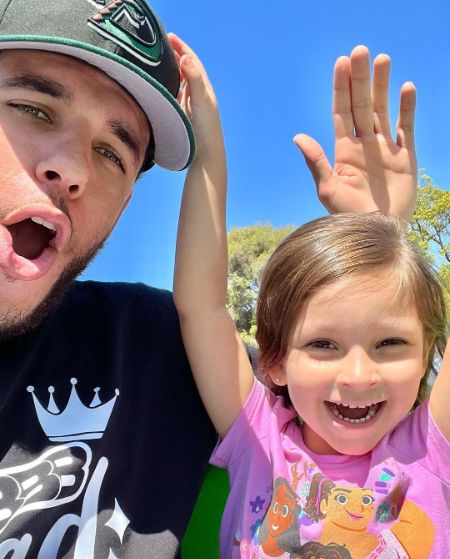 Zoey Christina Ball and her father, Lonzo Ball, were out having father-daughter time on a sunny day. SOURCE: [email protected]

Before Zoey's birth, Lonzo Ball and Denise Garcia led a back-and-forth kind of relationship. One day the duo would call it quits, and they'd be back together after some time. Furthermore, Ball and Garcia's on-and-off relationship was well-known by the public.

As the daughter of an NBA athlete, Ball's fans know about Zoey, and she holds a status of a celeb too! Christina frequently appears on her mom's Instagram posts as she lives with Denise. Likewise, Garcia also created an IG account for her child, and Zoey's account sits in a private setting.

Did Zoey's parents, Lonzo Ball and Denise Garcia, move on?

As seen in his recent post on Instagram, Zoey's dad, Lonzo Ball, moved on. Likewise, Ball appears to be dating Ally Rossel at the current time. Ally and Lonzo posted about their date in the San Diego Zoo. Lonzo Ball and his girlfriend Ally Rossel took a picture in an elevator. SOURCE: [email protected]

Rossel and Ball have been dating for a while now. Lonzo and his girlfriend Ally started dating in 2021. However, the NBA player nor his partner talks about how they met.

Meanwhile, Zoey's mom, Denise, keeps her lovelife hidden from the public. Although Garcia earns as an online influencer, she keeps her relationships out of the spotlight. So currently, it stays a mystery if Lonzo's baby momma found a new partner.

As of 2022, Lonzo Ball holds a massive fortune. And Lonzo gives his little girl life of luxury. Besides, with millions in the bank, Ball and his daughter, Zoey Christina Ball, live a lavish lifestyle. 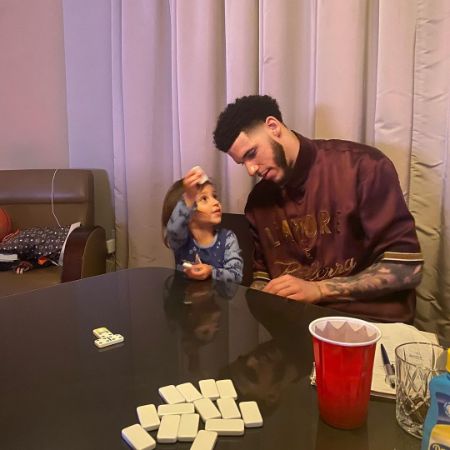 On the other hand, Denise Garcia holds an estimated net worth of $1.3 million. Moreover, Garcia used to play soccer in the past. But, she gained fame as Lonzo's ex-girlfriend and baby momma. Furthermore, Denise earns as an Instagram model/online influencer.