Everton Ribeiro is a well-known Brazilian professional football player. He is currently playing in the Brazilian Seria A for Flamengo. Everton plays as an Attacking midfielder and winger while representing his club and country. Ribeiro turned professional in 2007 and wears no.7 jersey.

Everton Ribeiro has an estimated net worth of more than $5 Million. The player has earned most of his net worth through his salary and contract with the clubs. A football player has multiple sources of income, including sponsorship and advertising deals. Ribeiro must be making a handsome amount from his contracts and deals. 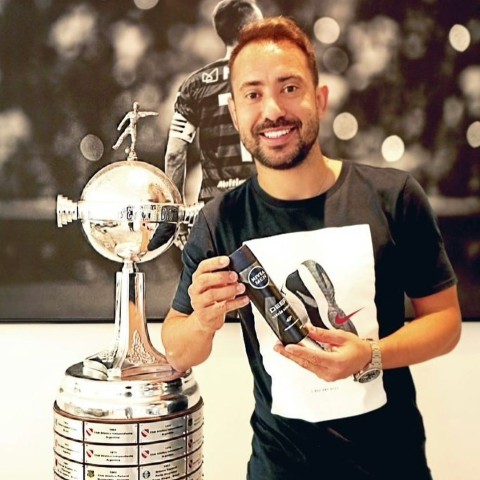 Everton shares a photo with a title SOURCE: [email protected]

Everton receives an annual wage of £1,456,000 while playing with Flamengo. He has a weekly salary of £28,000. The player is among the highest-earning player in the league, along with Dani Alves and Gabriel Barbosa. In 2015, Ribeiro signed a €15 million contract as his transfer fee with the Al-Ahli Dubai Club. In 2017, Flamengo paid €6 million as his transfer fee and had played with the club ever since.

Everton is a married man living a happy married life and his wife and their children. Ribeiro walked down his wedding aisle along with his longtime girlfriend, Marilia Nery, in 2013. They had a private wedding ceremony before their close friends and family members. The love birds had been dating each other for several years before their marriage. 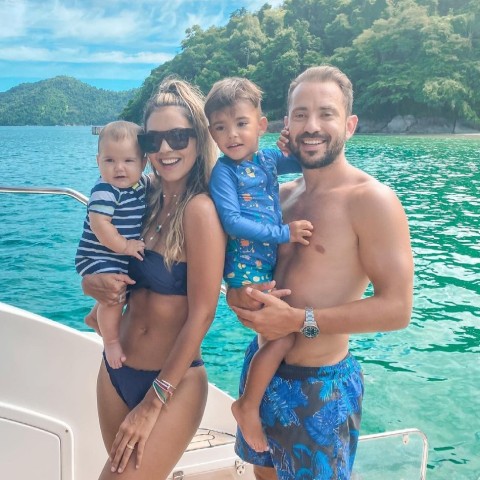 Everton shares a photo of his family on a vacation SOURCE: [email protected]

Everton and Marilia welcomed their first child, Augustus, shortly after the wedding. In early 2020, Ribeiro shared about expecting their second child together. In August 2020, The family of three extended to four with the second son, Antonio.

A Decade Long Career in Football

Everton started training with Santa Isabel FC youth academy in his early days. He professionally joined Corinthaians's youth academy in 2001. The player got promoted to the senior squad in 2007 but did not get much chance and appeared in four games. The following season, Ribeiro was loaned to St Caetano for teo years. Everton played with the club until the 2010 season and appeared in seventy-six games.

Everton joined Coritiba, and the team won the year Campeonato Paranaense just after eight games. The following season, He helped the team defend their title. Ribeiro played with the club for two seasons and then moved to Cruise and signed a four-year deal. In early 2015, Several top clubs from Europe were interested in signing him, but Everton moved to Dubai and signed a €15 million transfer fee deal with Al-Ahli Dubai.