Evan Washburn is an  American reporter currently working for CBS Sports. Along with contributing to CBS Sports Network, he is also a part of the network's coverage of the NFL and NCAA basketball.

Annapolis, Maryland native, Evan Washburn was born on 15th August 1990, under the star sign Leo. The thirty-one years old holds an American nationality and is of white ethnic background.

In 2008, Washburn graduated from the University of Delaware, earning a bachelor’s degree in Journalism. While in college he played lacrosse for four years for the college team. He led Delaware to the NCAA Tournament Final Four in 2007. He served as a team captain as a senior in 2008. He was selected All-CAA Conference First Team.

In January 2009, he joined an internship at Comcast and it's how Evan got into sportscasting. As an intern, he worked as a freelance production assistant, logging games, and editing stuff.

As a matter of fact, he almost had no broadcast experience and had to grind his way into the business and up the ladder rung by rung with production assistant jobs that didn't pay much.

He then met Brent Harris and Mark Fogelsong who were covering everything in Baltimore. Evan just tagged along with them which helped him a lot in the field. " I would not be where I am. They let me learn from them and just shadow them," Evan said.

In the fall of 2012, Evan was given chance as a sideline reporter for college football which he rocked.

Washburn is a married man. Je changed the vows with sweetheart, Kate on 30th May 2014, in Florida. Their wedding was simple but elegant which was attended by their family, friends, and relatives in a beachside ceremony at the Lodge & Club Oceanfront Resort in Ponte Vedra Beach, Florida. 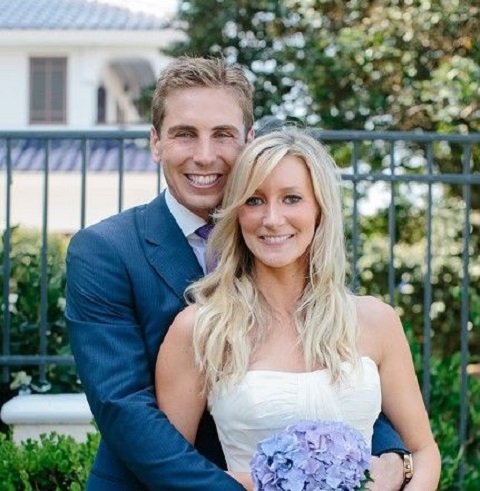 In 2016, the coupled had their first child, a boy, Hudson. Actually, Kate was due to have a C-section on February 22, 2016. But the baby was born before the due date a month earlier than expected after Kate's Water Broke on January 22. 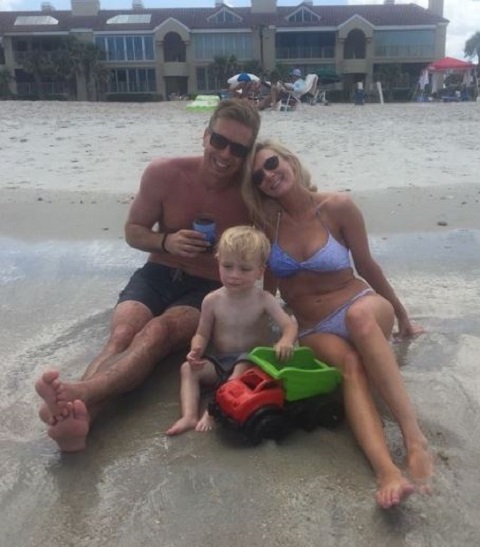 Evan Washburn and his wife, Kate and their son SOURCE: Instagram @evanwashburn29

Evan Washburn is not much active on Instagram. He has only posted a single picture which is his adorable family photo.

How Much Is Even Eashburn's Net Worth & Salary?

Since 2014, Evan Washburn serving for CBS Sports, covering the NFL and NCAA basketball, along with contributing to CBS Sports Network. Since the network has not made Washburn's pay public, we believe his annual base salary from CBS is $0.1 million.

Besides, he also served as the sideline reporter for the local TV broadcasts of the Baltimore Ravens pre-season games. From there he earned no less than the five digit figure.

As of 2021, Evan Washburn's net worth is approximately $1 million.