Evan Neal is an American Football player who plays as an offensive guard for the Alabama Crimson Tide football team. Neal is an elite offensive tackle prospect and one of the top players at any position in the nation.

Neal is rated as the No.1 offensive tackle in the nation and the No.8 in Florida. Rivals.com ranked him the third-best player in Florida. He is the No.32 nationally and was ranked the No.4 player in the ESPN300.

In 2019 He played the Under Armour All-America Game and decided to join the University of Alabama to play college football. 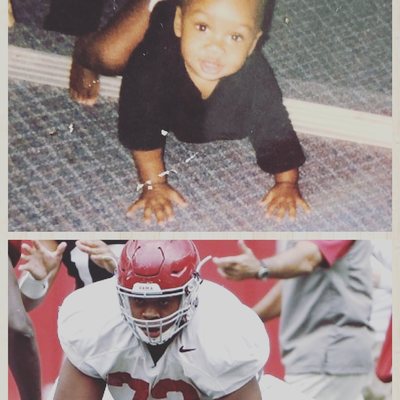 In 2019 Neal played multiple positions across the line but finally settled as a left guard. He was selected as a Freshman All-American by 247Sports and the FWAA. 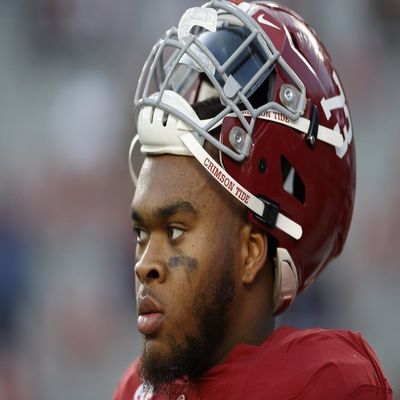 Neal started all 13 games of his young career at left guard, where he helped the Tide's offensive line rank 3rd nationally.

In 2020 he started at his second position-right tackle with the Crimson Tide in most of his seasons, where he has been recognized as a Freshman All-America. He has 26 career starts, including 13 at right tackle in 2020 and 13 at left guard in 2019. He ranks in the top 25 players in the CFP title game and is rumored to be the best high school football recruit this decade.

He was a starting member of the team that won the 2021 College Football Playoff National Championships.

Neal is young, and his career is just at the initial phase. He is a well-recognized player and has a great future ahead. He has joined the Alabama Crimson Tide, playing several competitions and won several of them.

His net worth is not disclosed yet, but he is ranked 32nd nationally, 4th as an offensive tackle, and 4th best football prospect in FL for the class of 2019. He might be getting sponsors and promotions in these coming years. He, too, might be drafted by the NFL in these coming days.

Neal is active on Instagram and keeps sharing pictures about the training and families. He has 12.8k followers on Instagram. 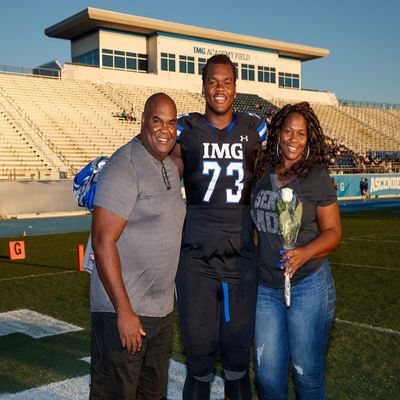 Through his timeline, it is sure that Evan Neal enjoys his single life and is happy training with the lads all day. He is focused on his career and is doing everything that makes him happy. He loves hanging out with his friends and family a lot. Check out Evan Neal on his Instagram, followed by e_neal73.