Ev Ting is one of those persons who doesn't back down from a fight. He has earned name and fame for his ferocious fighting skills that he has showcased around the world. Besides, the mixed martial arts fighter has a terrific professional track record, registering 17 wins out of the 24 pro bouts he has taken part in. Due to such amazing records, he managed to earn the nickname "The Extraterrestrial."

Hailing from the suburbs of Kuala Lumpur, Malaysia, Ev Ting was born in 1989. He celebrates his birthday on the 11th of August every year. He was born to Malaysian parents. Likewise, he spent most of his childhood alongside his siblings.

When he was just a child, his family settled moved from Malaysia and settled down in New Zealand. Other than that, it is known that his whole family is very supportive, and they motivate him to never back down.

After convincing his family to pursue his interest in MMA, Ev Ting finally got permission. Then, he trained very hard and began to prepare for his first amateur fight. On February 27, 2010, Ting made his amateur debut when he faced Thomas Campbell—he won the match via submission. 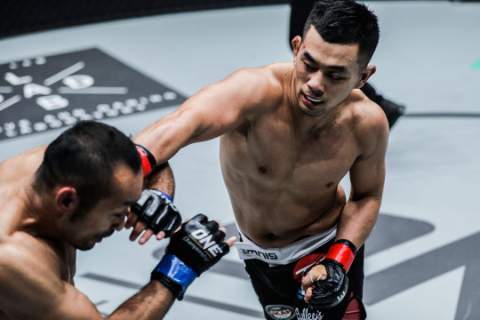 Sadly, he couldn't continue the winning streak as he got defeated by Eddie Davis in his second bout. Nonetheless, he trained very hard and was able to win his matches against Julian Gemmell and Hayden Watt, respectively.

After four amateur fights, Ting decided to turn professional. On April 2, 2011, he faced Shane Wescombe in his first pro fight and defeated him easily. He continued his winning form when he defeated Mark Abelardo and Will Chope. But, the three-matches winning streak was broken when Mark Striegl badly beat him.

Despite the loss, he didn't back down and was able to get himself back on the winning side by defeating the likes of Dustin Terill, Rolando Dy, and Scott MacGregor. later, on June 14, 2014, he entered the MMA promotion named ONE Championship.

In his first match there, he defeated Yohan Mulia Legowo via TKO. Since then, he has managed to win almost every fight that he has taken part in. To this date, he has taken part in 16 matches in the ONE Championship, and in those matches, he has come out victorious 11 times.

The Malaysian-born MMA fighter's earnings and net worth are still under review. Due to that, there are no exact figures that reveal his net worth. However, considering his amazing track record, it can be assumed that his earnings are pretty well and his net worth is around some million dollars.

The 31-year-old New Zealand resident is very private when it comes to his romantic relationship, so much so that he has even put his Instagram handle under private mode to prevent others from sneaking into his stuff. 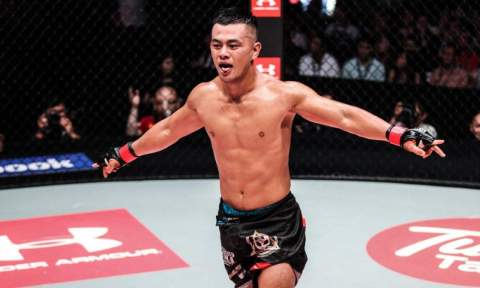 Despite such privacy, as per some sources, it has been known that Ting is in a relationship. It is also known that his girlfriend supports him a lot, and she always wants him to win. However, as there is such secrecy, the details of the MMA fighter's girlfriend are still unknown.