Esther Henseleit is a rising German professional golfer who is a Ladies European Tour and LPGA Tour member. She recently competed in the 2021 KPMG Women's PGA Championship, in Johns Creek, Georgia. She has a lot of talent and has been involved in golf since childhood.

Hailing from the suburbs of Hamburg, Germany, Esther Hanseleit was born in 1999. She celebrates her birthday on the 14th of January every year. The 22 years old golfer's zodiac sign is Capricorn.

As for her measurement, Esther stands at a towering height of 5 feet 10 inches (1.78 meters). For her education, she initially attended a high school in Niedersachsen before enrolling at Freie Waldorfschule in Oldenburg.

Esther Hanseleit first got interested in golf at the age of nine when her mother took her to the golf course. To follow her interest, she began playing golf at the Golfclub am Meer. In 2010, she won her first major tournament, Championship of Niedersachsen U-12. 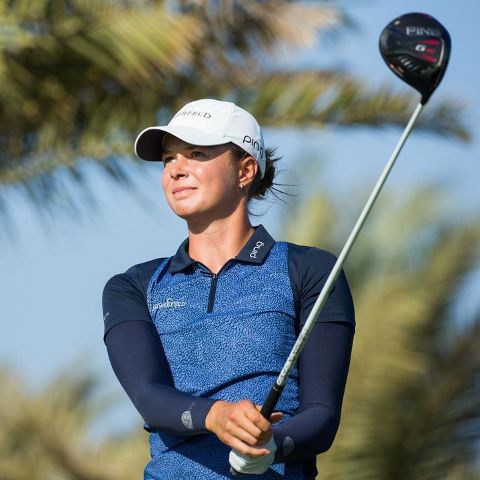 In the next year, she won two more tournaments. Her performance began to improve as time flew by. In 2016, she won two bronze medals at the German International Ladies Amateur Championship and the European Ladies Team Championship, respectively.

In 2017, she, along with 11 other golfers, received the opportunity to represent Team Europe at the PING Junior Solheim Cup. In 2018, she made her way to the Ladies European Tour in 2019 after finishing third in the finals of Lalla Aicha Tour School.

Some of the major triumphs in her pro-career include winning the LET Access Series Skafto Open, the Magical Kenya Ladies Open, and qualifying for the LPGA Tour. Moreover, she was the runner-up in several tournaments such as the LET Omega Dubai Moonlight Classic, and Ladies European Thailand Championship.

She even won several awards including the title of Rookie of the Year and Hamburg's Player of the Year 2019. Esther is currently competing in several tournaments, improving her career stats and impressing golf fans with her performance.

Career Earnings, Sponsors, and Net Worth

The German professional golfer has achieved a lot in such a little amount of time. Her good performance has not only provided her with fame but also with a healthy sum in the form of a cash prize. Since turning professional, Esther has earned a total cash prize of $68,363.

Her rising fame has also landed her several sponsorship deals, with his further improved her financial condition. She currently has brand endorsement deals with a few brands, including Sommerfeld, BMW, PING, Titleist&Footjoy, and HGC. As she is earning a healthy sum from her career and sponsorship deals, she must have accumulated good net worth. However, those numbers are yet to be disclosed and are still under review.

Is Esther Hanseleit Single? Or Dating?

The 22-year-old Hamburg, Germany native is currently relishing her single time and is an eligible bachelorette. There is no news of Esther currently having a boyfriend. Neither, there is any information about her dating someone in the past. 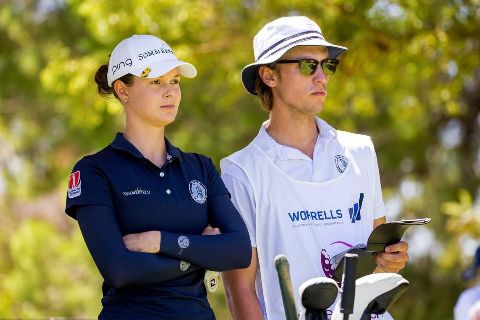 Thus, without any proper evidence, it can only be ruled out that she is single. If that's the case, she must be giving most of her time towards her golf career and is looking forward to achieving more.

Besides, not much is known about her family life as she has kept those details behind the curtains. Nonetheless, it is known that her mother was the reason behind her interest in golf. In addition, she has two sisters whose identity isn't disclosed.