Erin Holland is a well-known Australian Singer and a Model. The multi-talented personality is also a TV Host, Dancer, and Charity worker. Erin rose to fame after winning the title of Miss World Australia in 2013, beating her 32 finalists.

Erin is also a famous WAG popular as the fiance of an Australian cricketer who plays as an all-rounder, Ben Cutting. The beautiful model stands five feet ten inches tall and weighs 55 kgs. She is also the Beauty Pageant titleholder.

Erin is engaged to her longtime boyfriend, Ben Cutting. The love birds have been together for more than five years. Both of them have not revealed their first meeting experience with the public. Following their Social media posts, They confirmed their relationship in 2015 with a post of the couple attending an event. However, It seems like they were dating for some time. 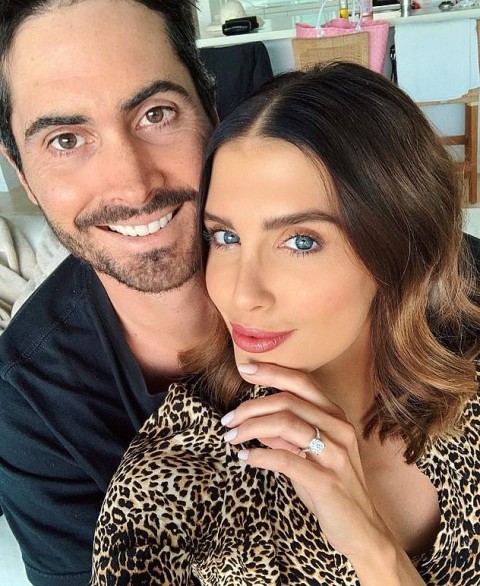 Both of them seem to very much supportive of each other. Erin and Ben can be seen attending various events and functions together, holding hands with each other. As of them are avid social media users, They keep posting photos of themselves regularly.

In May 2019, Ben opened about their engagement through his Instagram post. On the very day, The 30-year-old model took to Instagram to share a romantic black and white snap with Ben as she announced new details ahead of their nuptials.

As per the sources, The love birds announced to tie their wedding knot in early 2020, but due to the COVID Pandemic, It's been delayed to early 2021.

Although The duo has been engaged for more than a year and has been together for more than five years, they are not going to live together even after their wedding. Erin lives in Sydney while Ben is based in Brisbane but spends around seven months of the year overseas playing cricket.

Erin Holland has an estimated net worth of $500,000. She has accumulated most of her net worth through her successful career working as a television host and a model. She currently works with IPL and PSL as a presenter of the matches. Erin's net worth adds up as she is an ambassador for the International Beauty with a Purpose Charity as a former Beauty Queen. 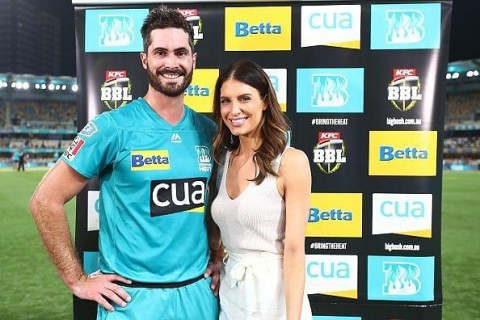 Erin and her fiance, Ben at BBL SOURCE: Sports News

Erin's Fiance, Ben Cutting, has an estimated net worth of $2 Million. He has been earning a huge sum through his successful player as a Franchise cricketer. Ben could not make much impact in the National team but has been regular with franchise crickets worldwide. In 2018, Mumbai Indians paid nearly $500,000 for Ben cutting. In 2020 he was picked by the Quetta Gladiators in the draft for the Pakistan Super League 5.

Erin Holland was born Erin Victoria Holland on March 21, 1989, in Cairns, Queensland. Erin is among the two children born to Trish Holland, her husband, Mark Holland. She has a brother named Alex Holland. Erin has become successful in keeping her personal life away from the media.

After winning, Miss World Australian, The Model went on to represent Australia in the Miss World International competition. Holland was awarded the Miss World Continental Queen of Beauty, Oceania. Erin is qualified in Classical Voice, Clarinet and Theory A.M.E.B examinations, and Jazz and Tap dance.