Bellville, South Africa native, Erik van Rooyen was born on 21st February 1990, under the star sign Aquarius. He is the son Wim and Elize van Rooyen and was raised alongside two siblings, an older brother and a younger sister: Francois and Marlean. The thirty-one years old stands 1.88 m (6 ft 2 in) tall and weighs 86 kg (190 lb; 13.5 st).

How Much Is Erik van Rooyen's Net Worth in 2021? Career Earning

Not to mention, a professional golfers are paid a percentage of the purse for each tournament they play in and finish in the money.

Among other, he is sponsored by Greyson Clothiers. His net worth as of 2021 is $2 million.

Erik van Rooyen is married to Ros Roberst, an American who was also a Golden Gopher. The met when they were both students at the University of Minnesota. The couple tied the knot in 2014. 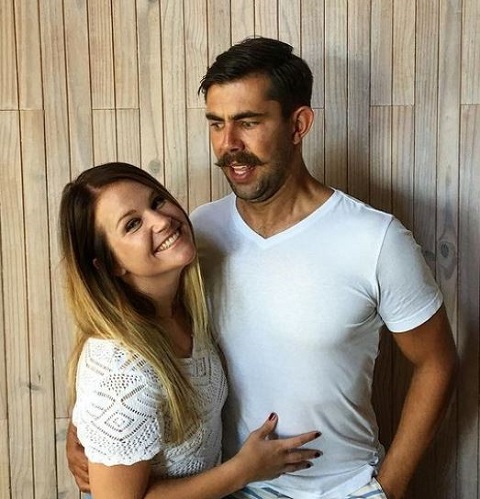 His wifey is a native of Woodbury, Minnesota who was a member of the Fashion & Design club and was on the hockey cheerleading team.

Further, Van Rooyen's brother is also married and blessed with children. Van Rooyen often posts with his niece and nephew on his Instagram page.

Turned professional in 2013, Rooyen has played on the Sunshine Tour since.

In early 2017, he tasted his first win on the tour, the Eye of Africa PGA Championship, where he made a birdie at the first extra hole in a three-man playoff. Then he had his second win at the 2017 Challenge Tour, the Hainan Open.

Moreover, he reached fourth place in the Kazakhstan Open, a tie for third in the season-ending NBO Golf Classic Grand Final. van Rooyen was listed third in the Challenge Tour Race to Oman rankings which earned him a card for the 2018 European Tour season.

After being a runner-up in the Joburg Open, he was gave an entry to the 2018 Open Championship, his first major championship.

Van Rooyen had a top-10 finish in the 2019 PGA Championship.

At the Scandinavian Invitation, van Rooyen won his first European Tour title on 25 August 2019, at Hills Golf & Sports Club, outside Gothenburg, Sweden. Following, a tied for third at the WGC-Mexico Championship in February 2020, van Rooyen advanced to a career-best 40th on the Official World Golf Ranking.

Moreover, van Rooyen was granted Special Temporary Membership until the end of the 2019–20 PGA Tour season.

In August 2021, he won his first PGA Tour event at the Barracuda Championship.