Erick  Germain Aguirre Tafolla famously known as Erick Aguirre is a Mexican popular soccer player who plays as full-back and winger for Liga MX club Monterey. He is a versatile player; capable of playing as a full-back or as a holding mid midfielder. Aguirre has the potential to possess a perception of the space of the players around him and the vision to distribute passes.

The Monterey full-back was even listed in the top 40 for the next Guardian list of next-Generation 2014  as the best young talents in the world. He has represented his country in the summer Olympic 2016 also.

Erick Germain Aguirre Tafolla was born on 23 Febraury 1997 in La Rauna, Michoacan, Mexico. The Michoacan boy is just 24 years old and as per astrology, his zodiac sign is Pisces.  Aguirre wears jersey number 14 and is a right-footed player. His family information is not flashed out yet. However, he shares his family photo via his social media account. 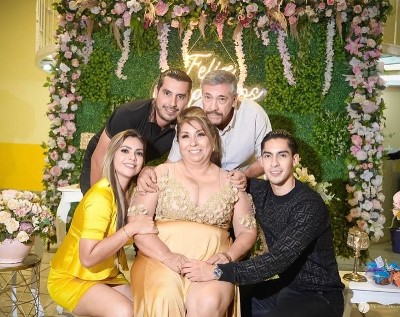 He has been into sports since his childhood and trained in different academies in Mexico.  The Mexican full-back started playing football professionally in 2012 for Monterey only. He was there for 3 years where he began and end his youth career.

Before joining the senior Monterrey team, he used to play as right-back only but in later years he tried as a winger as well. His performance as a winger was also really impressive and from onwards, he started playing in both positions (full-back and winger).

How tall is Erick Aguirre? How much does he weigh?

The Supercopa MX 2014 champion, Aguire has a fair skin tone and black hair. He stands tall at a height of 5 ft 8 inches and weighs around 60 kg.

The Mexican full-back career began way back in 2012 when he played for Monterey in his youth.

As a senior player, Erick Aguirre's very first professional game played was for Morelia 0n 8 August 2014. He signed a 2-year contract deal with Morelia where he played 37 games in two seasons scoring just 2 goals. After his straight 2 seasons there,  Pachuca was interested in him and he was purchased later on June 8, 2018, til the end of summer 2021.

He was doing quite well there; in his 6-year contract there he appeared in 142 games adding 6 goals to his tally. After expiring his contract with Pachuca, he returned to his former club Monterrey on July 3, 2021

Erick Aguirre's international career is very impressive; he has accomplished huge success as a national team player. Aguirre participated in the 2013 CONCACAF U-17 Championship in Panama playing 37 games adding 2 goals to his tally. Likewise, he was called for Mexico U-20 and U-23 where played in the 2015 CONCACAF, 2015 World cup, and Olympic Qualifying Championship. 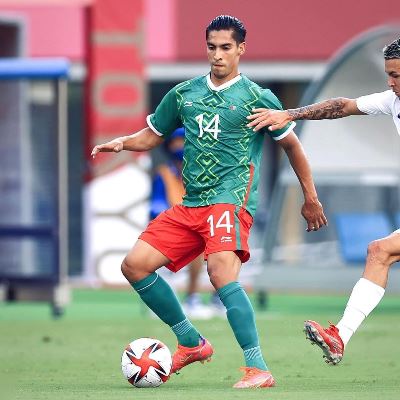 The Mexican defender is a bronze medalist in the summer 2020 Olympics. He is representing Mexico at present and he is able to make a place in a  senior team as well.

Who is Erick Aguirre dating? Is he married?

Aguirre isn't married yet but he is in a relationship with his long-time girlfriend, Katya Cardenas. He seems very romantic and caring boyfriend to his Girlfriend  Katya Cardenas. The couple staring dating since 2014. 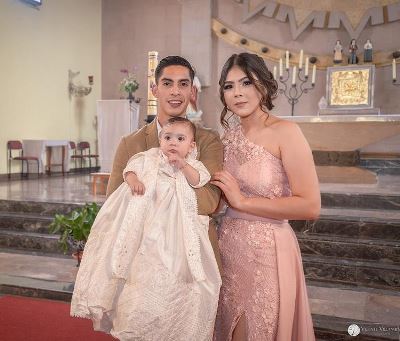 Their family is blessed with a beautiful daughter and son. Aguirre often shares his son and Gf photos on Instagram. They are very happy and living comfortably with their family.

The Net worth of Erick Aguirre in 2022

The Mexican defender estimated net worth is about $1.5 million. He added most of his net worth from his football career earning. As a Monterrey player, his agreed weekly salary is £16000 and his yearly salary is £832000. Besides this, his extra source of income comes from his sponsors, brands, and endorsements. 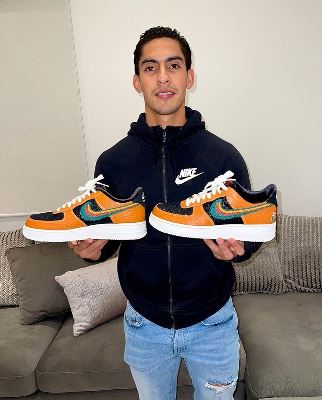 His market value is 6 Million Euros as of 2022. He is just 24 years old; still has a long way to go.  It will increase in the near future if he established himself well as a footballer.