Emmanuel Sanders is an American professional football player who plays as a Wide receiver for the Denver Broncos of the National Football League (NFL). Additionally, he was first drafted by the Pittsburgh Steelers in the 2010 NFL Draft as a third-round pick, 82nd overall pick. Previously, he played for the team Pittsburgh Steelers from 2010 to 2013.

Emmanuel, who has played in the NFL for nine seasons, has an estimated net worth over $30 million. Moreover, he has collected $43,520,821 as an annual average salary. Additionally, Emmanuel is married to his lovely wife, Gabriella Waheed with whom he shares two adorable children.

To know more about Emmanuel Sanders personal life, professional career, and relationship history. Read this bio until the end.

Emmanuel Sanders Earnings; How much is his Net Worth?

As of 2019, Emmanuel Sanders has an estimated net worth over $30 million, which is completely generated from his professional career. Moreover, he has collected $43,520,821 as entire career earnings. As of now, Emmanuel earns $11,000,000 as an annual salary.

Some of Sanders' career contract and earnings are tabulated below:

Talking about his assets, Emmanuel is the owner of some of the expensive cars of recent time, including Ferrari car, which has an estimated cost of around $272,700. Also, the athletes are known for living a luxurious life, and so does Emmanuel have.

Exploring his Instagram account, we found that he is living a lavish life, which we believe is completely financed from his professional career. 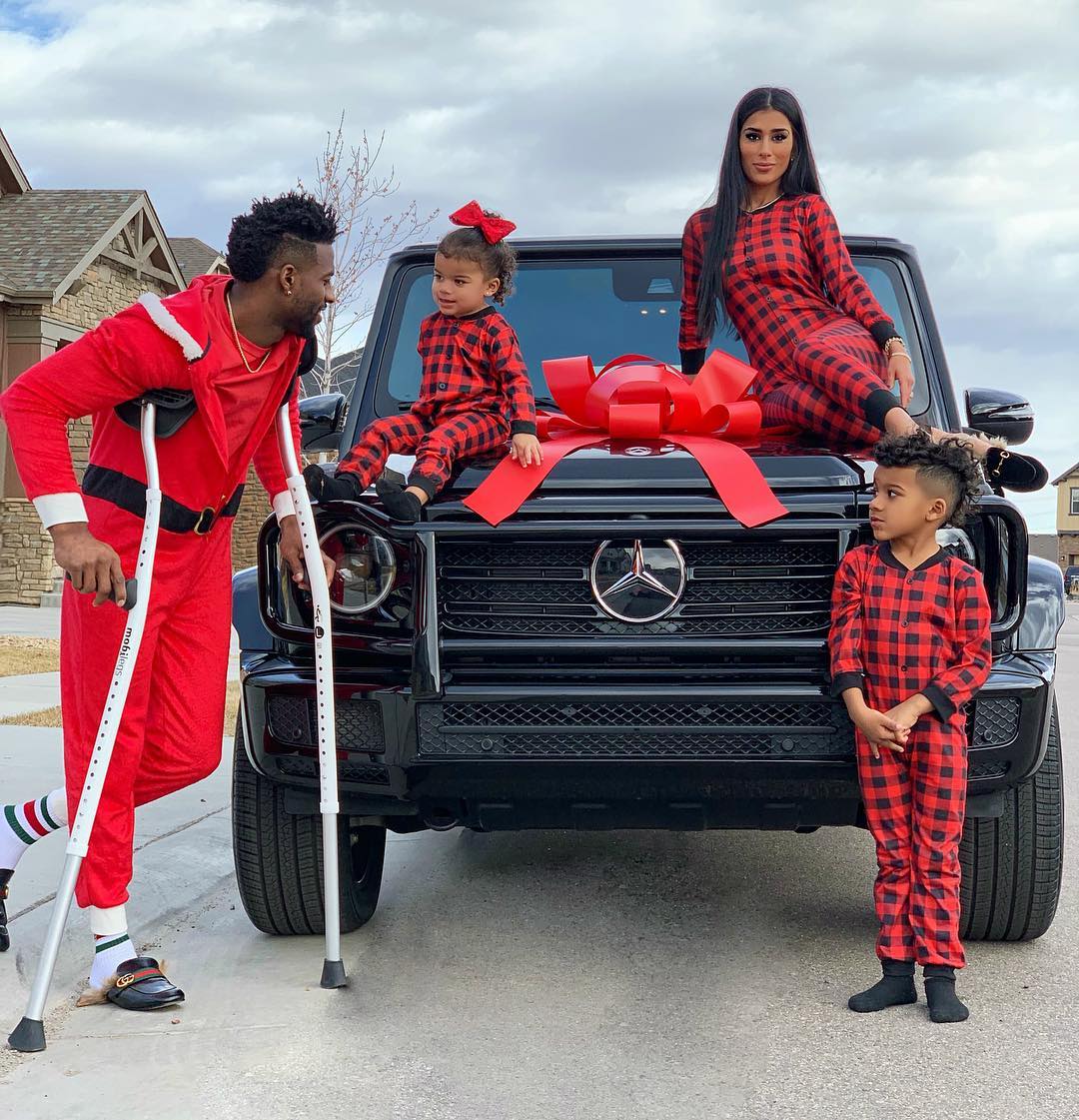 Moreover, the player with such huge fame is obvious to have an endorsement deal. Unfortunately, we have no details about Emmanuel's endorsement earns, but we are sure that he is earning a decent amount of money, which helped him to add an amount to his current net worth.

Furthermore, Sanders often goes for a lavish trip along with his wife, spending extravagantly, which suggests that he is very strong financially.

Emmanuel Sanders is a Married Man; Want to Know about his Relationship status?

Emmanuel is a married man, and currently, he is enjoying a marital relationship with his wife, Gabriella Waheed.  Although we don't have any details about the duo's wedding details, he asked Gabriella to marry him in 2013.

Reportedly, Sanders dated his then-girlfriend for quite a long time before they finally decided to get married. Besides, the couple is a parent of 2 adorable children, a son, and a daughter. 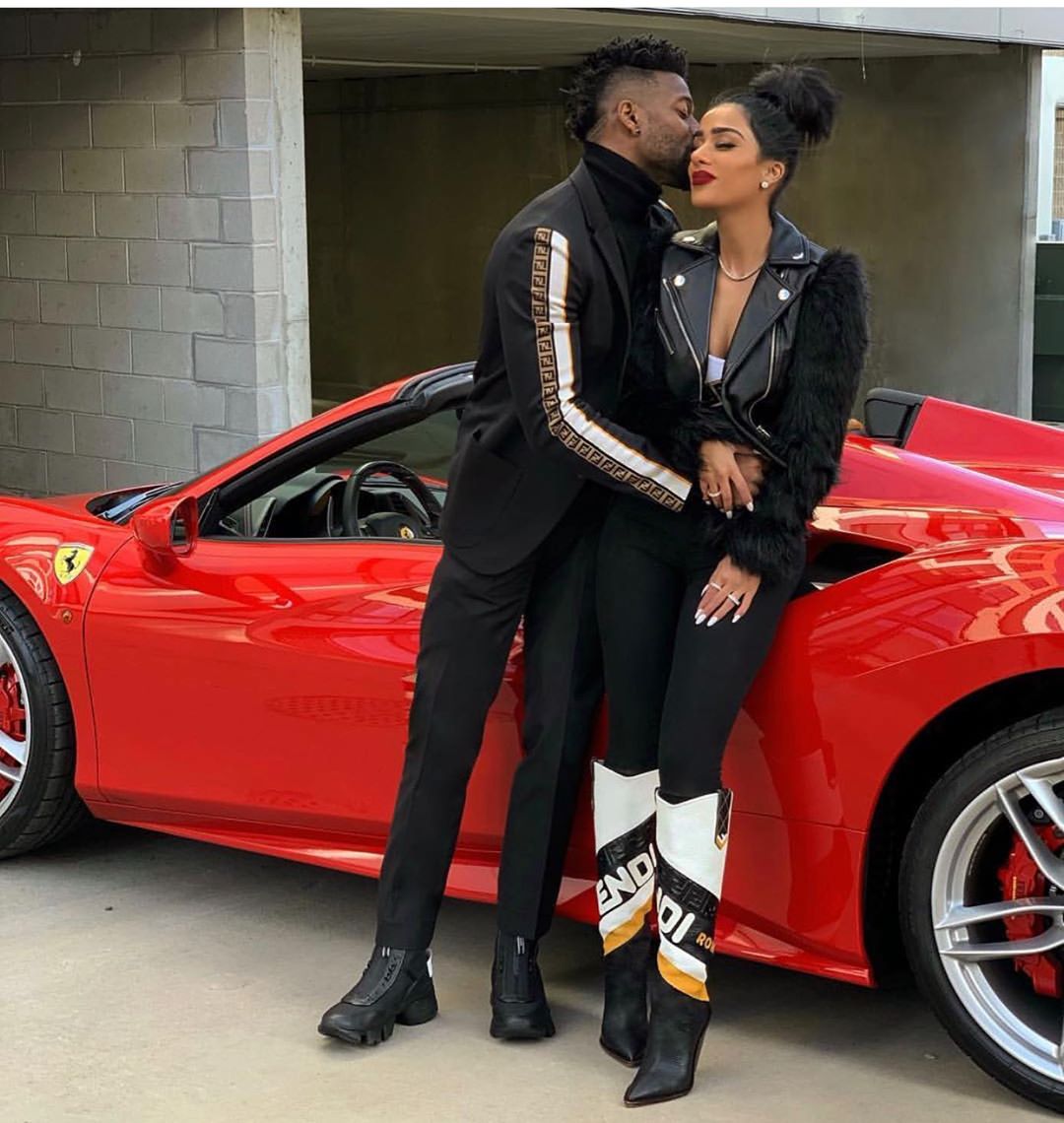 Their son Princeton Emmanuel Sanders in February 2014. Moreover, the details about the couple's children are still out of reach of media.

As of now, Emmanuel enjoys a sound relationship with his wife, and the duo is never involved in the news of their divorce of seperation. 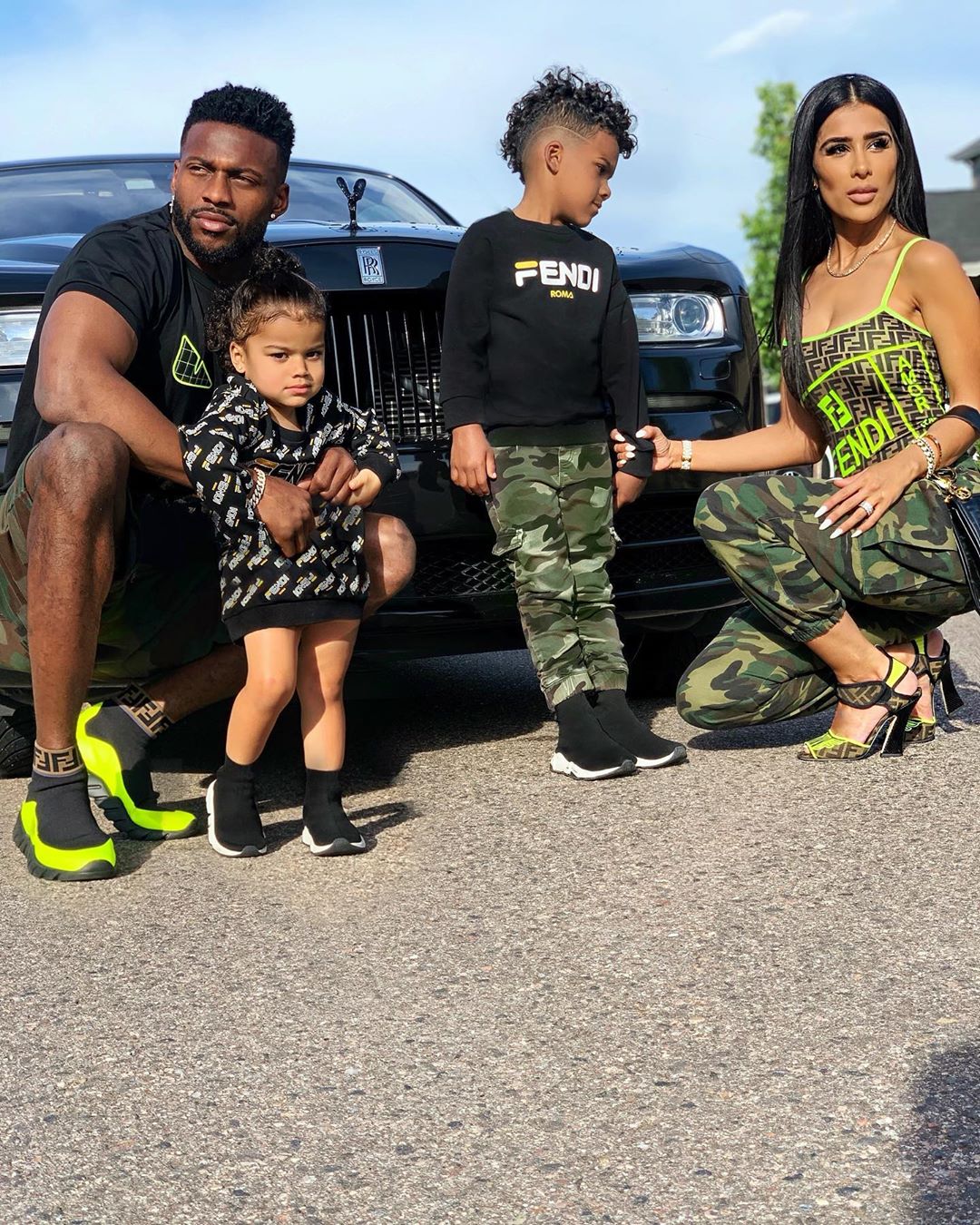 Further, they often spend their time together with is the main reason for their strong marital relationship. Likewise, Sanders also divides this time with his friends and family, which suggests that he has an excellent social life.

Further, Emmanuel is also active in social media with an enormous number of followers, updating his profile on a regular basis, and maintaining a good relationship with his fans and followers.

Who is Gabriella Waheed? Know about her in details

Gabriella is a stunning wife of the famous NFL player Emmanuel Sanders. Further, Gabriella was born on was born (February 1980) in Flushing, New York to Waheedullah Waheed. Gabriella grew up along with her three siblings, brother Adam, and siblings sister Galaxy and Sabrina Waheed. 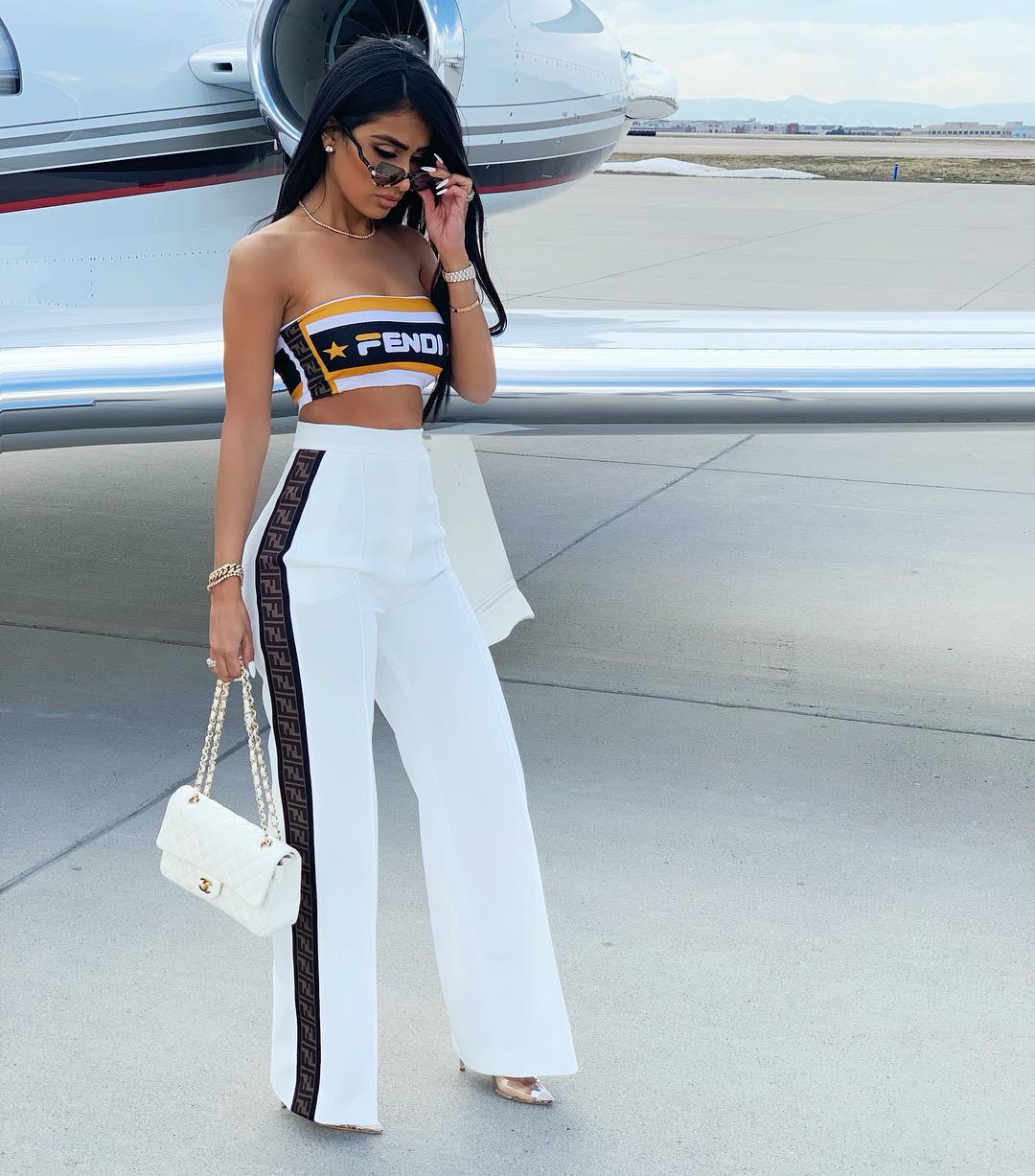 Talking about her education, she attended Commack High School and subsequently at Marymount Manhattan College. Additionally, she works in television and film production. Also, Gabriella is a swimsuit model and has modeled for Bikini Crush Swimwear.

Emmanuel was born on March 17, 1987, in Bellville, Texas to Stephanie Sanders but the deatils about his father is still under a rock.

As per Emmanuel's birth, he is an American native and belongs to the ethnic group of African. Also, Sanders was born under the star sign Pisces.

Emmanuel in his amateur career attended Bellville High School in Bellville, Texas where he played 4-sports, football, basketball, baseball, and track. However, most of his High school playing career was invested in playing Football.

After graduation from high school, he opted to join Southern Methodist University where he began his professional football career.

As of 2019, Emmanuel plays as a Wide receiver for the Denver Broncos of the National Football League (NFL). Additionally, he was first drafted by the Pittsburgh Steelers in the 2010 NFL Draft as a third-round pick, 82nd overall pick. Previously, he played for the team Pittsburgh Steelers from 2010 to 2013.

Emannuel made his professional NFL debut on against the Atlanta Falcons when his team Pittsburgh Steelers won the match by the score of 15–9. After playing for four years with Steelers, he signed a contract with Denver Broncos on January 12, 2015.

After two offseason surgeries, Sanders is completely healthy and is a bargain in drafts as this season's WR1 in Denver. At a fraction of the draft capital cost, he will provide WR3 value with spike weeks. Furthermore, Sanders scored double-digit fantasy points at almost all game before ripping his Achilles last season.

Some of Emmanuel's career highlights and awards are: