Efren Montgomery simply known as E.J. Mongomery is an American college basketball player who plays for the Kentucky Wildcats of the Southeastern Conference (SEC). He is the fifth Kentucky starter from the 2019-20 season to declare for the NBA draft. Now that Montgomery has made his intentions known, the focus will turn to where he might be selected in this year's draft.

Fort Pierce, Florida native, E.J. Montgomery was born on 12th September 1999, under the star sign Virgo. Regarding his nationality, he is an American and belongs to the African ethnic background.

The 2020 NBA draft prospect, EJ Montgomery is planning to stay professional, as per multiple reports. It’s unlikely Montgomery finds himself in the first round but by turning professional and staying in the draft, he is betting on his pro future. 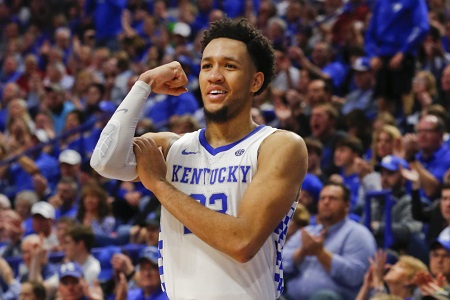 E. J. Montgomery during his college game SOURCE: The Athletic

As of 2020, his net worth is under review. Lately, a SEC rooster, he is yet to make money from basketball. Luckily, if the young talent goes draft in the upcoming draft, he will earn in millions.

E.J. Montgomery is currently in a relationship with a beautiful Afro-American model, Katherine Rose. The couple started dating In April 2019. Scrolling through their respective official socials, they has shared an adorable picture of their beautiful moments. 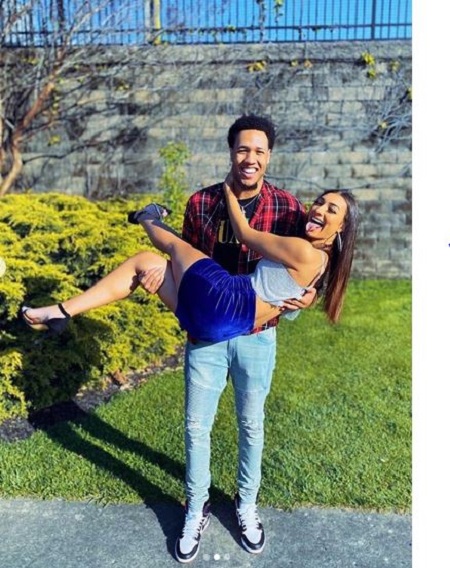 Montgomery and Katherin are committed to their relationship, thus, might get married in the near future. For now, they are having a healthy love affair with any rumors of breaking up.

EJ was born to Efrem and Glenda Montgomery and raised alongside two sisters, Brandy and Brittni. Both of his parents as well as his sisters played basketball in college. He states a biggest influence is his parents.

Montgomery enrolled at Lincoln Park Academy where he began playing at the varsity level as a 6'8" seventh-grader. As an eighth-grader, EJ and the Greyhounds won the Florida District 12-4A championship. For high school, he attended Montverde Academy for his freshman and sophomore season, where he played with Ben Simmons. Later, he transferred to Wheeler Highschool for his 3rd and last year, averaging 25.6 points, 13.6 rebounds, and 4.3 assists at Wheeler.

Intially, he committed to Auburn University on 22nd September 2016. Following the college basketball corruption scandal, he uncommitted on 27th September 2017. Later, he committed to play for the University of Kentucky. He had his first double-double of 11 points with 13 rebounds in a victory over South Carolina. During his freshman season, he averaged 3.8 points and 4.1 rebounds per game. After his freshman season, he declared for the 2020 NBA draft.