Los Angeles, California native, Efraín Álvarez was born on June 19, 2002, under the star sign Gemini. He holds both American and Mexican nationality and belongs to the mixed ethnic background.

Álvarez, who just got promoted in the senior team of LA Galaxy, is currently earning a base salary of $70,872 from the club, with a guaranteed salary of $75,606. Earlier this season, he reportedly earned $72,234. Additionally, he summons decent sum playing for the Youth Mexican National Team. 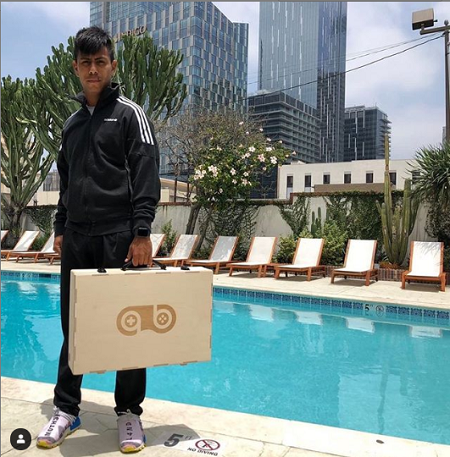 Besides, his other income-generating source is considered endorsement deals. At present, he is endorsed by the largest sportswear manufacturer, Adidas, and GameBoks.

LA Galaxy No.26 Midfielder is currently in a relationship with his long-time girlfriend, Amber Lidia Chavarria. The two started dating since 2017. 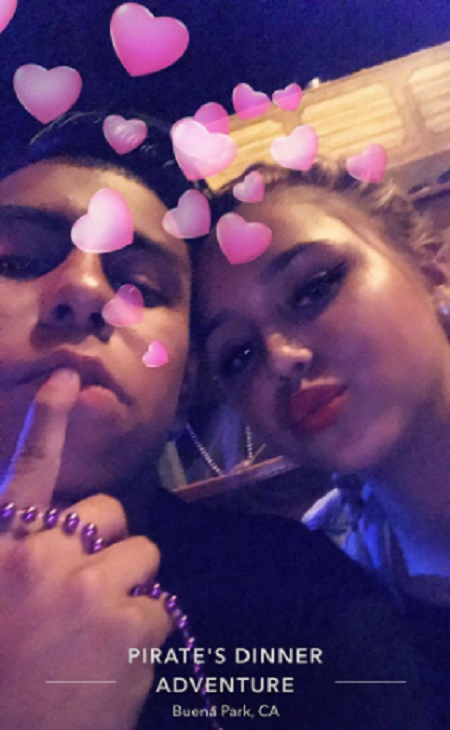 Alike other healthy couples, Alvarez goes on romantic dates and vacations with his bae. On top of that, the duo has shared their special moments on highlights sections of their Instagram.

Efrain Alvarez was born into a soccer-loving Mexican parent. The youngest of six siblings, his two older brothers: Gio and Carlos, have played professionally with Carlos, a former top-three MLS SuperDraft pick, currently playing for the USL’s Las Vegas Lights.

Efrain always mentions his dad as his inspiration and motivation, who pushed him to pursue a football career. He said,  "My dad always forced my brothers and me to do the best, even at school. That’s one thing. I honestly work hard. My dad is the most passionate about soccer, and even today, if he sees anything wrong, he’ll still tell me."

On August 2, 2017, Álvarez signed with the LA Galaxy II of the UCL, becoming the youngest signing in USL history, ahead of the previous holder Alphonso Davies, at 15 years, one month, and 14 days.

On September 9, 2017, he made his first appearance for LA Galaxy II against San Antonio FC when he was on the bench. On October 7, 2017, he made his professional debut against Portland Timbers 2 and further named as the youngest player to ever play a USL match.

Before the 2018 season, he was promoted to parent club LA Galaxy but was loaned back to the reserve team. on March 2, 2019, he made his senior team debut in a 2–1 victory over the Chicago Fire alongside Perry Kitchen, Jonathan dos Santos, and Giancarlo Gonzalez.