Dylan Parham is a young American football player who is currently playing as an offensive guard for the Las Vegas Raiders of the National Football League (NFL). The Carrollton boy Parham played his college football at Memphis University from 2017 to 2021. He got drafted in the 2022 NFL Draft by the Las Vegas Raiders in the third round. He represents himself wearing jersey number 56.

On 24 August 1999, Dylan Parham was born in Carrollton, Georgia, with a star sign Virgo. Talking about his age, he is just 22 years old. He has a good height of 6 ft 3 inches, and he weighs over 141 kg. Further description, Parham has black eyes and long curly hair.

The rising American Football offensive guard Dylon Parham was born and raised in Carrollton, where he spent childhood. In high school, he was a member of Basketball, football and track field teams. He has been a very active and sporty person since his school days. The athlete used to play as a linebacker before moving to a tight end before his senior season. 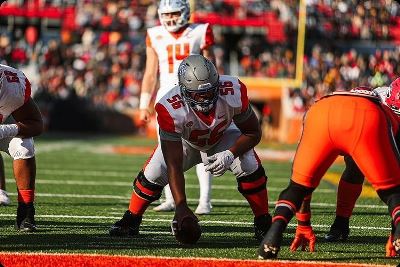 He was rated a two-star recruit and redshirted his true freshman season at Memphis moving to the offensive line from the tight line. The Carrollton-born football is quite popular at his college. Dylan Parham always wanted to Play in the NFL.

All credit goes to his hard work and dedication; his hard work paid off. Finally, he was drafted by the Las Vegas Raiders in the third of the 2022 NFL Draft.

He is playing as an offensive line for the Raiders at the moment. Parham has been a huge competition and trouble to his opponents on the field.

Dylan is a very reserved person who has been staying away from the media limelight. Presently, he is in a relationship with his girlfriend but has not given a single hint about her. The Raiders offensive lineman has kept his life low-key, due to which anything about his love affairs details is unknown to the public. 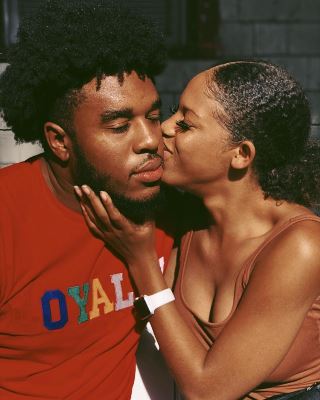 However, he has shared a beautiful single picture of them where his GF is kissing his cheek on his Instagram, writing," Good Vibes with red heart emoji." The love birds seem very happy together.

Know about Dylan Parham's average salary, annual earnings and net worth in 2022

The 22-years old rising offensive Lineman Parham is at the beginning of his NFL career. Surely, he will make millions soon. It's just been a month since he been in the NFL, so he still has a lot to do in his career.

The player has not disclosed anything about his salary numbers. As per the sources, his net worth is below $1Million. Parham also boosts his net worth via promotions and sponsorships. 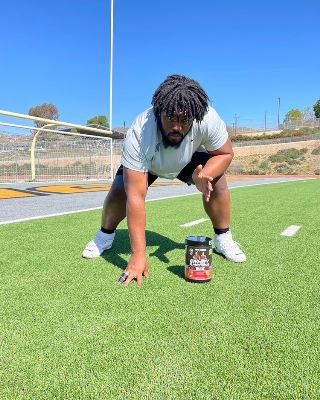 Six Star Protein is one of his sponsors who pays him a handsome amount to promote their brand. Reportedly, the actual transaction between the two parties is still not transparent.

Raiders jersey no. 56 offensive lineman Dylan Parham is available on various social media. His Instagram id is @dyl.parham56 which has followers of more than 10K. Via his Instagram, he shares his news and life happening to his fans and followings.

Read about other athletes' interesting facts, bio and net worth at Playerswiki