Dragan Bender is one of the rising names in the world of basketball. Currently, he plays for the Golden State Warriors of the National Basketball Association (NBA). The Phoenix Suns selected him with the fourth overall pick in the 2016 NBA draft. He plays as a power forward and center positions. He also represented the Croatian national team. Before playing in Israel, he competed with multiple teams in Croatia.

Dragan Bender was born on November 17, 1997, in Capljina, Bosnia, and Herzegovina, the city was located on the Croatian border, and later he moved to Split, Croatia. He joined Nikola Vujcic’s basketball academy where he played at the position of a point guard. At the Academy, he became more versatile and learned how to play in a different position on the court.

Dragan Bender Net worth and Salary

Who is Dragan Bender's Girlfriend?

Dragan Bender is a private person. He has not shared much more info about his private life and affair. He is not married. According to sources, his current girlfriend is Nina Dedic. They often are spotted together in several places like parties, restaurants, and malls.

Nina Dedic is pursuing her Bachelor's degree. She also studies French and Spanish. She is in the college basketball teams play at the position of center. 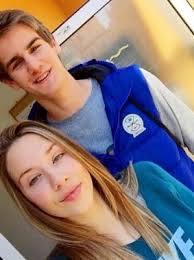 Dragan Bender's older brother Ivan is a basketball player too. He plays as a forward for the Maryland Terrapins. To learn the English language at a young age, he used to watch sitcoms like Friends and The Fresh Prince of Bel-Air. In free time, he loves to watch Euroleague and NBA as well.

Dragan Bender has reached the age of 22 now. His nationality is Croatian. His ethnicity is unknown. He has a perfect height of 7 feet 1 in, which is around 2.16m. His weight is 102 kg.

At the age of 15, Dragan Bender made his professional debut with KK Split. Upon playing with KK Split and KK Kastela, he joined KK Cedevita junior team for the Euroleague Basketball Next Generation Tournament in February 2014. In 2014, he agreed on a seven-year contract with Maccabi Tel Aviv, a team that played in the Israeli Basketball Premier League. He played with Maccabi Tel Aviv from 2014 to 2016.

On April 6, 2016, he was declared for the 2016 NBA draft. On June 23, 2016, he landed his steps into the world of NBA for Phoenix Suns. On October 26, 2016, he made his debut for Suns against the Sacramento Kings. On February 8, 2017, he undergoes a successful routine arthroscopic procedure on his right ankle to remove a bone spur. He was out from the game from four to six weeks. On April 2, 2017, he returned to the basketball court against Houston.

He was signed by Milwaukee Bucks in 2019 on a two-year contract but was waived in 2020. He then joined Golden State Warriors on February 23, 2020, on a 10-day contract. Warriors coach Steve Kerr is planning to signBender on another 10-day contract.