Don Wakamatsu is serving as the Bench Coach for the Texas Rangers since 2018. Don worked as the manager for the teams like Texas Rangers, Oakland Athletics, Toronto Blue Jays, and Kansas City Royals. He was also the former Major League Baseball player for the Chicago White Sox.

The former MLB player was selected by the Cincinnati Reds in the 1985 MLB Draft. He was also in the team winning the 2015 World Series Champion. Don started his coaching career in 2003 with Rangers while his managerial career started in 2008. Well, in 2008, he became the first Asian-American manager in the MLB history

The son of Japanese-American father and Irish-American mother Don was born on 22nd February 1963 in Hood River, Oregon. Currently, he is happily residing with his wife Laura Lynn Mullin in North Richland Hills, Texas. He is the proud father of children Jacob, Lucas, and daughter Jadyn.

The 56 years old former baseball manager has earned a huge fortune of around $15 million from his entire career so far. Don has worked as a manager and also was a former MLB player which helped him to collect a nice fortune. As per the reports, the minimum MLB player's salary in the 1990s was around $100,000 and some of the experienced players even receive around a million. 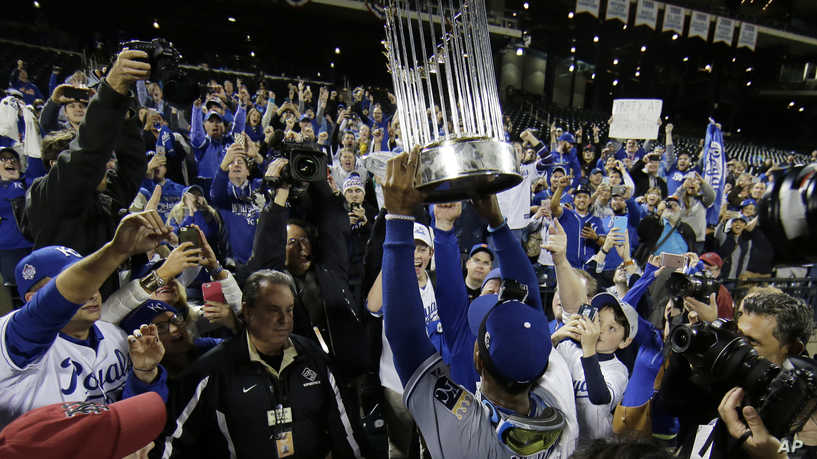 Besides, he is currently serving as the bench coach and the average salary for the bench coaches starts from $150,000-$250,000. Moreover, he also served as the manager for some seasons, from where he might have earned in millions.

Alike other sports professionals, Don Wakamatsu has also a huge list of assets like cars and houses. Among his assets, he owns a 40-acre fruit farm located in Hood River, Oregon. This farm was started by his grandparents which produces apples, cherries, and many other fruits. Apart from his income, he also donates a handsome amount of his income to charity. Moreover, he donates the farm products to the needy people and is partnering with the Texas Rangers Baseball Foundation and other organizations. His goals are to maintain lunch facilities around 2500 people and also 100,000 pounds of vegetables and fruits.

In addition to this, he also owns a luxurious house in North Richland Hills, Texas, a suburb between Dallas and Fort Worth.

World Series Championship 2015 titleholder Don Wakamatsu walked down the aisle with his lovely wife Laura Lynn Mullin in September 1989. The Wakamatsu couple has managed to maintain a healthy relationship for three decades without any problem. 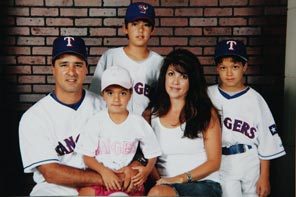 Don Wakamatsu with his wife and children SOURCE: http://o.seattletimes.nwsource.com/

Despite having a busy schedule, he managed time between his family and games. Most of the people mention them as the perfect couple as it is not common for someone to be in a relationship for over 30 years. Well, as mentioned by his wife, Don's bad habit is that he chews tobacco but their daughter is trying to make him quit it.  Currently, they are living in their North Richland Hills home.

Rangers bench coach was born to parents Leland and Sandra. His parents are currently helping him on the fruit farm. Don's father is of Japanese origin who was born in Tule Lake War Relocation Camp and his mother is of Irish descent. Don's grandparents are Ruth and James Wakamatsu. 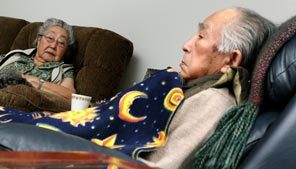 Apart from this, he is also a happy father of three children including two sons Jacob and Lucas and a daughter Jadyn. Don's wife mentions him saying "He's a really good dad," "He's very calm, patient, very non-yelling, a very consistent dad." Moreover, the Wakamatsu are animal lovers as they have a pet dog named Dexter and also rabbits as well.

Don Wakamatsu started playing baseball from his high school days when he was studying at the Hayward High School located in California. Soon after completion of high school, he enrolled at Arizona State University for higher studies and a college baseball career.

Don began his MLB journey as a player for the Chicago White Sox in 1991 and played for a season there. Later, he started coaching minor and major league baseball teams. He worked as the third base coach under Ron Washington who was the manager in 2007.

Besides, he also worked as a coach under the famous MLB manager Joe Maddon for the Tampa Bay Rays in 2009. He is the current bench coach for the Texas Rangers under manager Chris Woodward.

For More Updates, Stay With Playerswiki.com.