Dominic Leone is an American professional baseball player who plays as a Pitcher for the St. Louis Cardinals of Major League Baseball (MLB). Additionally, Dominic was first drafted by the Seattle Mariners in the 2012 MLB draft as a 16th round pick. Moreover, Leone made his MLB debut on April 6, 2014, playing for the Seattle Mariners.

As of 2019, Dominic has an estimated net worth over $2 million, which is entirely generated from his professional career. Further, he has collected $3,814,029 as entire career earnings. Also, Dominic earns $1,260,000 as an average annual salary. Besides, he is happily married to his wife, Lauren Martin Carr.

Dominic Leone Earnings; How much is his Net Worth and Salary?

Dominic Leone, who has played in the MLB for six seasons, has an estimated net worth over $2 million. Furthermore, he has accumulated $3,814,029 as entire career earnings. Reportedly, Dominic currently earns $1,260,000 as an average annual salary.

Reportedly, Leone is the 18th best-paid player of St. Louis Cardinals while Yadier Molina and Dexter Fowler are among the highest-paid player with an annual average salary of $20,000,000 and $16,500,000 respectively.

Further, in 2019, Leone is expected to earn $1,260,000, while carrying a total salary of $1,260,000. In addition, the details about Dominic's assets and endorsement earnings are not in the media yet. However, he might be earning a decent amount from the brand he is endorsing, which will certainly increase his net worth in the future.

Is Dominic Leone Married? His Relationship Status and Personal life

Dominic is a married man, and as of now, he is in a marital relationship with his wife, Lauren Martin Carr. The couple dated for long before they finally decided to tie a knot on December 3, 2016.

Additionally, the wedding ceremony was held at Christ Church in Mt. Pleasant, SC, and subsequently, their reception was planned at Harborside East. Soon after their wedding, the duo went St. Lucia for their honeymoon. 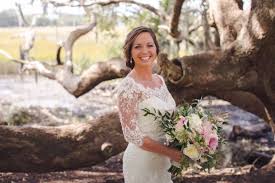 Although it's been almost four years of their wedding, the lovebird is yet to be a parent, but they might reveal about the news soon. Besides, the couple resides in Mt. Pleasant, SC as of now.

Also, the news about the couple getting divorced or seperated is not in the media yet; instead, they share a strong bond together and often spends a romantic time together.

Who is Lauren Martin? Let's find about her

Apart from being Dominic's wife, she is a daughter of Mr. and Mrs. William Donald Carr, who is a native of  St. Stephen, SC. Furthermore, Luren is a graduate of Clemson University. She is a teacher by profession, and reportedly, she is employed as a teacher by the Berkeley Country School District.

Dominic was born on October 26, 1991, in Norwich, Connecticut, and unfortunately, the media is still unknown about his parents and siblings. Dominic holds American citizenship and belongs to white ethnicity. Moreover, Leon was born under the star sign Scorpio.

Leone attended Norwich Free Academy in Norwich, Connecticut where is started his baseball career, playing for the high school baseball team. Reportedly, Dominic learned alot by watching YouTube videos of Mariano Rivera in his struggling phase of his playing career.

As of 2019, Dominic plays as a Pitcher for the St. Louis Cardinals of Major League Baseball (MLB). Additionally, Dominic was first drafted by the Seattle Mariners in the 2012 MLB draft as a 16th round pick.

Moreover, Leone made his MLB debut on April 6, 2014, playing for the Seattle Mariners. As of now, he is playing along with the famous baseball players like Paul Goldschmidt, Marcell Ozuna, and many more.