Dexter Fowler is a professional baseball outfielder for the St. Louis Cardinals of Major League Baseball (MLB). Previously, he played for the Colorado Rockies, Houston Astros, and Chicago Cubs. Likewise, he has also represented the United States in the 2008 Summer Olympics as a member of the United States national baseball team.

Apart from that, Fowler is married to his beautiful wife, Darya and together, the couple has 2 daughters. Well, if you want to know this professional MLB star more closely, then stick with us till we introduce Dexter to you.

Dexter Fowler Net Worth and Earnings

Dexter Fowler has a huge net worth of $42 million which he earned during his playing career. Besides, he has appeared in 11 seasons in the MLB and made total career earnings of almost $83.1 million. Likewise, his annual salary as of 2019 is $14.5 million.

Dexter is signed to a 5 year / $82.5 million contract with the St. Louis Cardinals, including a $10 million as signing bonus, $82.5 million guaranteed, and an annual average salary of $16.5 million.

The table below shows his income in the respective year:

Dexter Fowler Personal Life; Know about his Wife and Children

Dexter Fowler is currently married to his long-time girlfriend, Darya Fowler. The couple exchanged their marital vows on November 10, 2012, at Peachtree Christian Church in Atlanta, GA.

Besides, the reception was held at JW Marriott, Atlanta Buckhead. 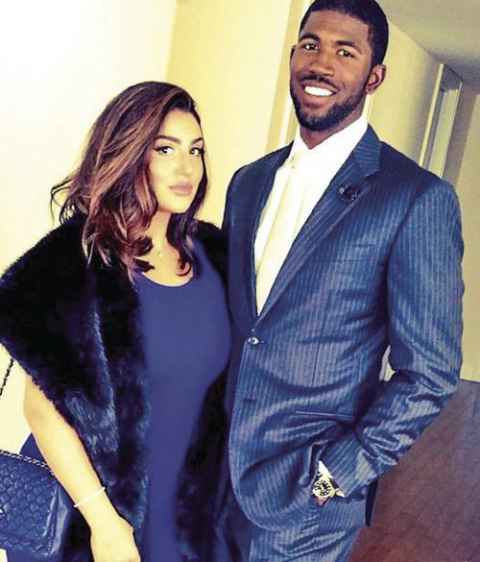 Dexter's wife gave birth to their first child, a beautiful daughter, Naya Laman in February of 2014. Later, in the summer of 2016, their second daughter, Ivy Fowler was born. 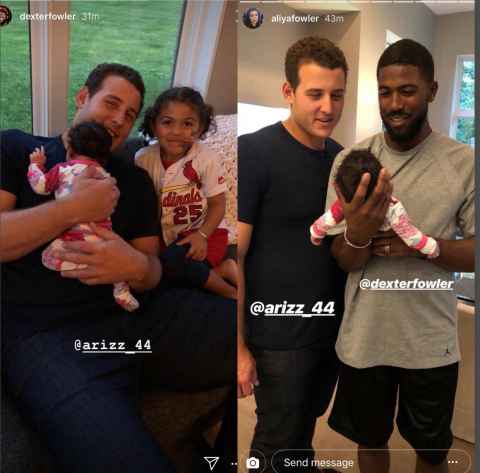 Dexter is quite well when it comes to giving time to his family. He never has been a part of any rumors or controversy to date. Furthermore, we even don't have any of his past datings records.

Apart from that, he is also quite close to his former teammate, Chris Nelson who also showed up in his marriage.

Dexter Fowler stands at a perfect height of 1.96 meters (6 feet 4 inches). Likewise, he has a bulky body that weighs around 88 kilograms.

Dexter Fowler was born on March 22, 1986, in Atlanta, Georgia as William Dexter Fowler. Besides, he holds American nationality and is of white ethnicity as per his wiki. Apart from that, there is nothing much about his family background. 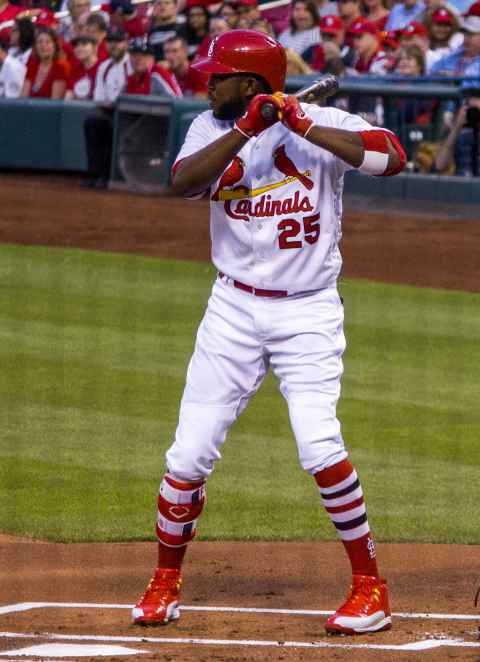 Talking about his educational background, he is a graduate of the University of Miami. Prior to that, he attended Milton High School in Milton, Georgia.

Dexter Fowler was drafted in the 14th round of the 2004 Major League Baseball Draft by the Colorado Rockies. Later, in 2008, he was selected by MLB to play in All-Star Futures Game at Yankee Stadium.

On September 10, 2008, Fowler recorded his first hit, an infield single, off of Will Ohman in the top of the seventh inning of a 9-5 road loss against the Atlanta Braves.