A Clemson University Alum, Doc Redman set several school records and quickly became a face to watch out for the South Carolina golf fanatics. While he is yet to win titles at the majors, his amateur career is nothing short of Laurels.

Redman was born in Raleigh, North Carolina on December 27, 1997.

His first-ever titles in golf came in 2016 during his freshman year at the Clemson University when he won both Jackrabbit and the Ka'anapali Classic. Before this, he had won 2013 Carolinas Junior. His prominence grew further when he won the 2017 US Amateur, after finishing 62nd out of 64 in the stroke-play 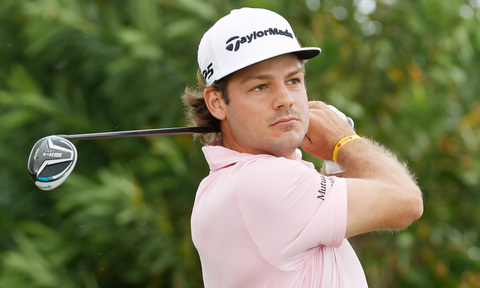 Doc Redman studied actuarial math at the Clemson University and won both the Jackrabbit and the Ka'anapali Classic in the fall of his freshman year. SOURCE: USA Today

Redman made his professional debut at the 2018 Memorial Tournament during which he forfeited his exemptions into the 2018 US Open and 2018 Open Championship which he had earned via his US Amateur win. In June 2019, he shot a 62 to qualify for the Rocket Mortgage Classic. In the tournament, the 5 foot 11, Raleigh native shot 68-67-67-67 and finished solo second to Nate Lashley.

This earned him an entry into the 2019 Open Championship and Special Temporary Membership on the PGA Tour for the rest of the season, after starting 2019 on the third tier Mackenzie Tour. The 400 points he earned during the 2018-19 PGA season helped him qualify for the PGA Tour membership in the 2019-20 season. In 2020, he made his way to the FedExCup Playoffs. In the competition, he ranked himself in the 71st position. The following year, he tied for third in the Safeway Open.

How Much Is Doc Redman Earning From Golf? What Is His Net Worth?

Redman stacked a sum of $875k from his 2020-21 PGA season, reports ESPN. As of May, he has made 17 cuts in the 2020-2021 PGA payouts finishing three times amongst the top ten. He received his season's biggest purse of $322k after finishing 3rd at the Safeway Open in September 2020. His qualification to the Rocket Mortgage Classic earned him a little over $700,000. 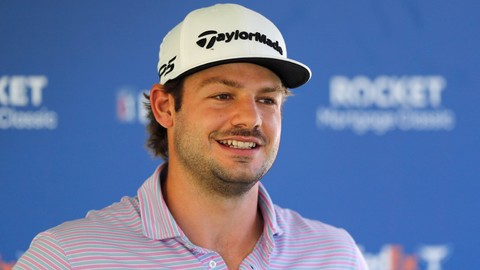 He recently bagged $212,625 for finishing 9th at the AT&T Byron Nelson on May 16, 2021. Having spent more than three years and counting in pro golf, Redman's net worth could be anywhere between $1-$2million.

This stems from the fact that being a professional golfer, Redman has multiple opportunities to earn at least in the seven-figure or so - despite few or no silverware.

Who Is Doc Redman Dating? Is He Married?

On Valentine's day, 2021, Redman officially announced his relationship with Carlynn DeVane. On the day, he posted a picture of him and DeVanne writing "Happy Valentine’s Day to my love! Lots of fun memories with you and many more to come." The couple, though, is believed to have started dating in late 2020. 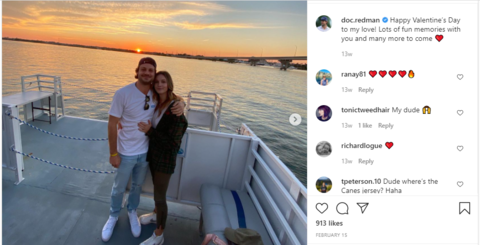