Andriivka, Poltava Oblast, Ukraine native Dmytro Riznyk, was born on 30th January 1999, under the star sign Aquarius. Riznyk's parent's information remains under the radar, and he holds Ukrainian nationality. The twenty-three-year-old stands 6 ft 1 in (1.86 m) tall and weighs over 77Kg.

Yes, Riznyk is a married man; he is married to his long-time girlfriend Darina Reznik, who is a dancer. The partners married a long ago and enjoyed a happy life together, as seen in Riznyk's Instagram.

Aside from his professional career as a football player, Vorskla Riznyk's goalkeeper will be a father soon. He posted a photo where he clarified to his fans Darina was pregnant. Riznyk loves posting on his Instagram about his wife's pregnancy. 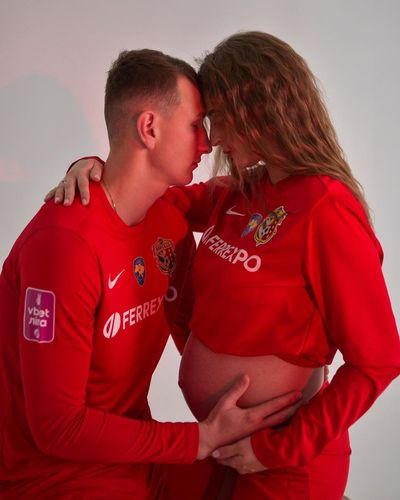 Darina has been his prime supporter from the early years, and this beautiful family is often seen together on the football ground.

Dmytro Riznyk's Salary and Net Worth In 2022? (Contract and Earnings)

Ukrainian goalkeeper is an admired player and role model for many of his fans; Riznyk started playing professional football in 2016 when he played for Vorskla Poltava. Since then, he only has played for the club, never transferring to another from which he might have some decent earnings.

The Vorskla Poltava's goalkeeper might have collected some good earnings to date; as of 2022, there is no official statement regarding Riznyk's salary, so his salary information remains under the radar. As soccer players make handsome amounts through endorsement and sponsorships, Riznyk also earns well through such deals. However, deals information is under review. 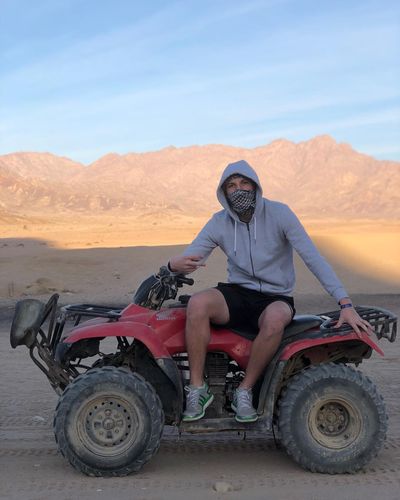 The Ukrainian goalkeeper started playing for his national team in 2018, and he played for Ukraine U19, U20, and U21 teams. He is on the list of athletes who won the 2019 FIFA U-20 World Cup.

He debuted for the Ukraine national football team on 11th November 2021 against Bulgaria.