Dion Lim is an American reporter currently working for ABC. She is a tv reporter for WTSP 10 News weekday edition of CBS Tampa Bay. Other than working for ABC, she also worked for KMBC, NBC, WCNC and was awarded the Charlotte Magazine’s Best TV Personality in 2013.

The resident of Francisco, Dion Lim, reportedly earns around $50,000, as her yearly salary from the network, As of 2018, she reportedly has an estimated net worth of over $500,000. She is married to her longtime boyfriend Evan Panesis.

Dion Lim was born on 13th May in the United States. She holds an American nationality and belongs to Asian-American ethnic group as her parents migrated from Hong Kong and Taiwan and relocated to America. Besides, her exact birthdate is also not revealed.

Her father worked in a chemist shop. Detailed information about Lim's family is not disclosed yet. Moreover, she has Hong-Kong and Taiwan descent.

Dion Lim joined the Emerson College, Boston and acquired her Bachelor's degree in broadcast journalism with a concentration in science.

Dion Lim Net worth and Salary

Dion Lim is an emerging ABC reporter who is in the process to be a successful reporter.

Being a popular News Network, it is well known for paying a heavy amount of salary to its reporters. As Dion Lim is a regular ABC anchor, she earns a decent amount of salary from the network. ABC News ' TV Reporter salaries can range from $35,000-$55,000. This estimate is based on employee salary report(s) from ABC News TV Reporter or estimated based on statistical methods.

The American reporter/anchor Dion Lim has an estimated net worth of $500,000. As of 2018, the reporter receives an annual salary of $50,000 from her successful reporting career with ABC.

Further, ABC reporter receives an added sum of money from her radio and TV guest appearances.

Dion Lim started her professional career with KMBC in Kansa City from 2007 to 2010 as their weekday morning anchor. Besides, she also worked as a general assignment reporter for WWLP-TV, in Springfield.

She worked with KMBC for three years and was also the first Asian-American anchoring weekday newscast.  Moreover, Pitch Magazine named Dion as the Best Morning anchor in Kansas City. 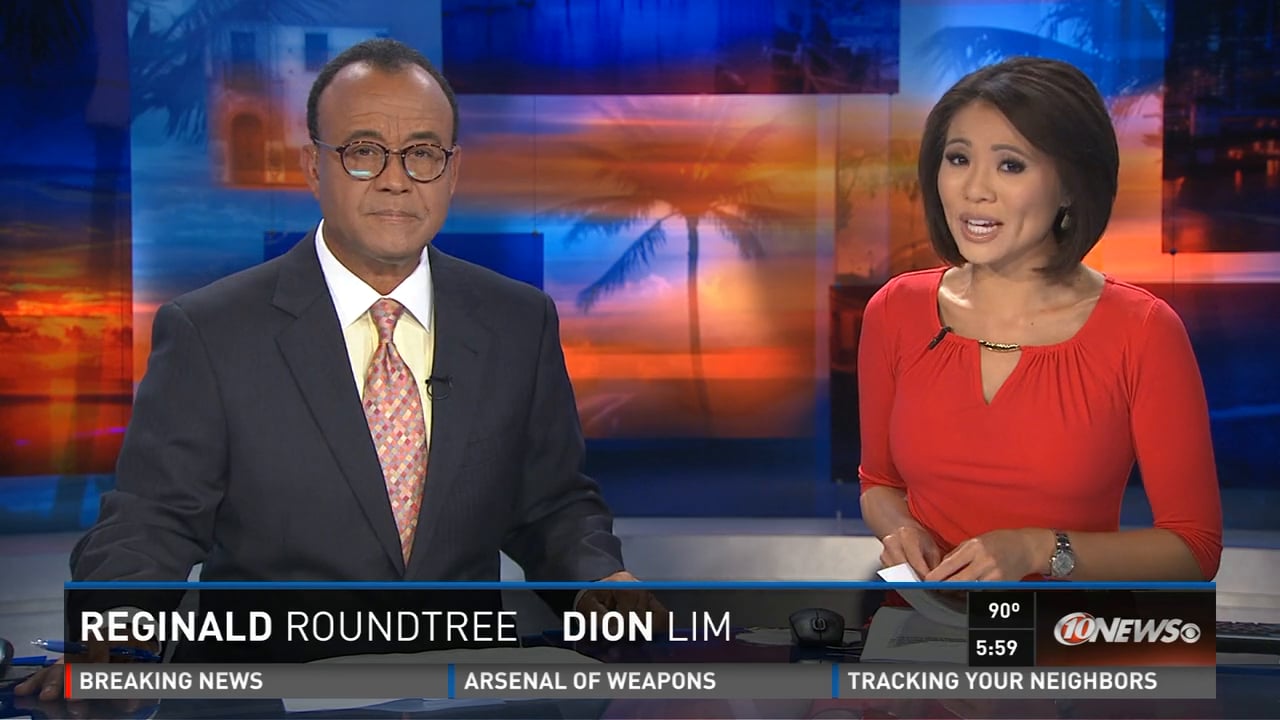 Lim covered some of the major news including Democratic National Convention, red carpet events for the NBC Charlotte as a primary anchor.

In addition, she anchored WTSP 10 News for CBS Tampa Bay on the weekday and worked there from 2014 to 2017.

Currently, Lim is working for the ABC News Network’s KGO-TV in San Francisco. Some of the famous female journalists are Linzie Janis, Kelley Dunn, Nancy Cordes, and Katherine Webb.

Dion Lim is married to her boyfriend Evan Panesis after a long affair in June 2011. Panesis proposed Dion in 2009 after dating for a long time. The couple got married after being engaged for two years.

They first met when Dion developed a crime story in the area. She asked Evan for the news story after he screamed to interview him like a stalker.

Because of you, stingray, I'm rocking one high heel and an orthopedic cane to our friend's wedding! ???????? #MiamiBeach pic.twitter.com/3G34tuCrd3

Evan contacted Dion via email after he had read the story online. After some thought, Dion asked Evan later on a date. Evan is a professional poker player by profession and also a graduate of the Isenberg School of Management, North Carolina.

The famous news reporter is a beautiful lady with a charming personality. Other than being a famous reporter, she is quite popular in social media with a huge number of followers.

Happy Sunny ?? Sunday! I need a little Jackie O hat ?? to go with this look! ?? • • • Maybe this is too much for work ?? but for church or a cocktail party ?? right? • • • #blue #ootd #sanfrancisco #sf #bayarea #sergiorossi #dachshund #dachshundpuppy #dachshundsofinstagram #sundayfunday #blue??

Besides, Lim is an animal lover since she has kept two pet dogs with her. Dion currently, lives in Franciscoisco, along with her family, and has a beautiful home there.