Kyle Coetzer is a well-known Scottish professional cricket player. He has been playing in international matches for almost two decades. Kyle is the current captain for international format. In early 2020, Coetzer was named the Associate Cricketer of the Year by the International Cricket Council.

Kyle Coetzer was born Kyle James Coetzer on April 1, 1984, in Aberdeen, Scotland. He is the son of Peter Cotezer and his wife. Kyle has two brothers Shaun and Stuart, who play for Stoneywood-Dyce Cricket Club. His father also played domestic cricket. Kyle started his cricketing career in his early days and did not focus much on formal education. Coetzer stands five feet and eleven inches tall and weighs 65 kg.

Kyle Coetzer has an estimated net worth of more than $1 Million. He has earned most of his net worth through his cricket career. Kyle has played in numerous leagues globally and spent almost two decades with Scotland's international team representing them in numerous divisions. In addition, A cricket player makes a huge amount from their advertising and endorsement deals. Kyle looks after the ball after smashing it towards the boundary SOURCE: The Herald

Kyle is the ambassador for Art Health Solutions and a qualified ECB Level 4 coach. The salary of an Indian cricket player ranges from $1 Million to $250,000 annually, but the salary cap of Scottish players is pretty much low compared to them. Coetzer is very much private about his economic career and does not share much about his earnings. Virat Kohli is the highest earnings cricket player and also in the top ten highest-earning athletes for 2020.

Yes, You read that right. The Scottish cricket player is a proud father of two daughters. Kyle walked down his wedding aisle along with his longtime girlfriend, Sarah Louise, in November 2011 in his hometown. The duo had a private wedding ceremony in front of their close friends and family member from both sides. They had been seeing each other for some time before their marriage. 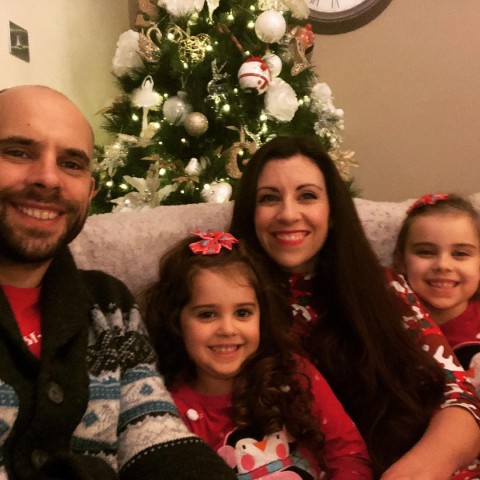 Kyle shares a photo of his family of Christmas SOURCE: [email protected]

Kyle is an active social media user and keeps sharing photos of his daughters regularly but has not shared their birth information. The family of four is living a happy life, and there have been no rumors of the couple having ups and downs in their married life.

Kyle started playing cricket from a very early age. He made his international debut in 2003 against Pakistan in a one-day game. In 2004, Coetzer joined Durham for the domestic league and remained with the team until 2011. He made his ODI debut in September 2003 against England. The player captioned the Scottish National team from June 2017.

Kyle moved to Northamptonshire in 2011. He played for Chittagong King in Bangladesh Premier League. In his professional career. Coetzer has played in sixty-five ODI matches, Sixty-four T20I matches and scored over 5,500 runs in List A games. Kyle became the third Scottish cricketer to receive an MBE for services to cricket in 2019.