Devin Lloyd is a rising American college football player. He declared for the 2022 NFL Draft through his Instagram. Lloyd played as a linebacker for his team and finished his collegiate career at the University of Utah. Devin Lloyd has been named Consensus First-team All-American 2021, Pat Tillman Defensive Player of the Year 2021, and 2 times First-Team All-Pac 12 in 2020 and 2021.

Net Worth and Sponsors of Lloyd

As playing for the college team in senior years, Lloyd has an estimated net worth of less than $50,000. As he is still in his senior years in college, he is paid by the colleges as per the rule of the NCAA.

Lloyd has posted about his sponsorships with real state brands named Next move Network,

Next Move Network is a Sports and Entertainment real estate service; he is happy to partner with the sponsors, as seen from his Instagram posts. 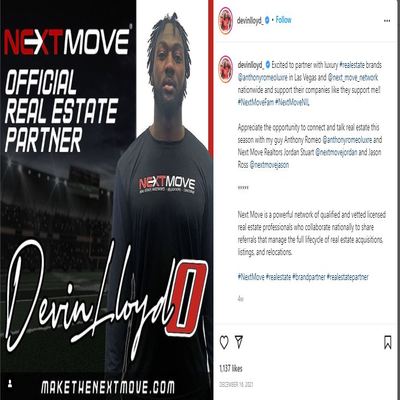 Lloyd returned to Utah rather than entering the NFL draft in 2021 and is ready for his decisions now. Lloyd announced to enter the NFL draft, which he posted on his social media post, he might push his networth to the next level in upcoming years. He shall be making millions in the coming years.

Lloyd grew up in Kansas City, where he attended Otay Ranch High School; he played football there. Lloyd's father, Joe, served the military for 26 years and was supportive of him when it came to football.

After successful years in high school, Lloyd committed to play for the University of Utah, rejecting multiple offers from different colleges. Utah's linebacker majored in communications in his colleges. First, he played as a backup and started the lineup in 2019. 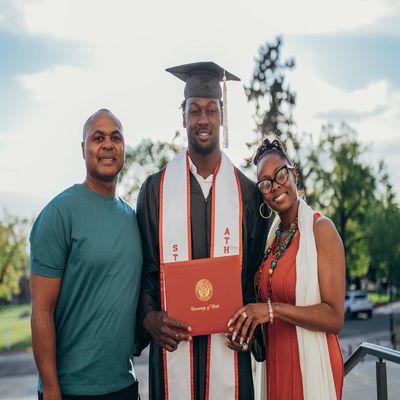 Devin Lloyd with his family during graduation. SOURCE: [email protected]_

As a junior player, he had an outstanding performance and continued his journey as a senior for the college team; he entered as a senior year rather than the 2021 NFL Draft. Lloyd contributed his team to the Pac-12 championships in 2020 and 2021.

Also know about Alec Burks' Salary and Net worth

Who is Devin Lloyd dating? Know About His Relationship Status and Girlfriend

Lloyd is very much private about his relationship status. There is no rumor of the football player dating anyone in public. He is active on social media, and no post leads to his relationship. He is believed to be single as of early 2022.

However, as he is a college student, he might have a girlfriend in college which he hasn't revealed yet. Playerswiki will let you know as soon as the player comes public with his affair.