Derrius Guice is an American football star who is a former Washington Redskins player. He is currently a free agent. Guice is the first player in the Southern Conference with three career games of 250+ yards.

Derris played as a running back for the Lousiana State University. The Pete Dawkins Trophy winner quite had an on-and-off sports career dealing with many legal issues.

Despite getting a good scholarship from Catholic High School, Derris and his three friends did not like the school environment. There were cases of racial abuse, which they found out harsh. Guice met Stephanie de la Houssaye, who was the white guidance counselor at the school. She helped Guice and his three friends to focus on studies and sports in a better way.  Derris started as a senior and rushed for 1,341 yards with 21 touchdowns. Guice also played in the US Army All American Bowl and was granted the Pete Dawkins Trophy.

Derris committed to Lousiana State University to play college football and became one of the most promising players. He became the first player in the South Eastern Conference to have three career games of 250+ yards.

With great games day in and day out, Washington Redskins drafted Derris in the second round of the NFL Draft 2018. However, due to multiple injuries, he appeared in just five games in two years. Derris was accused of incidents such as domestic violence, assault, and battery. It also led Guice to drop down his place from the Washington Redskins team. It was a low point in Guice's life. While Derris was a freshman at LSU in 2016, two women accused him of sexual assault.

Derris is a former Washington Redskins player. He is a famous figure in NFL and has made a lot of fans. Guice had signed with Top Dawg Entertainment- a big sports agency. He also streams video games such as Madden NFL Series and Fortnight Battle Royale.

The former LSU star is planning to live stream games on twitch and other gaming platforms. Derris also does modeling for many famous brands. Modeling and Livestreaming get him some good income. 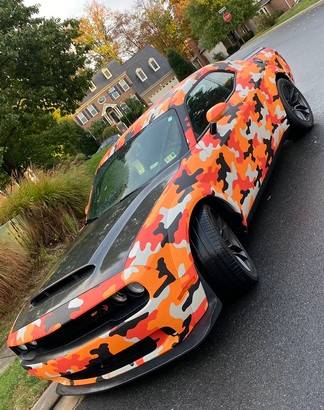 Guice has a great love for driving sportscars. He also plays golf in his free time. Talking about his holidays, he likes to spend his vacation in the best of hotels and destinations. From these points, you can have a brief idea about the lavish lifestyle Derris has. 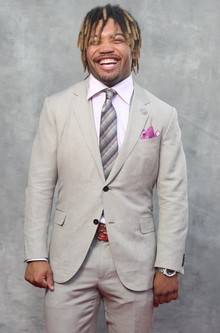 Derris Guice in a perfect outfit for a modeling event SOURCE: Twitter @DhaSickest

The net worth of Derris Guice is estimated to be around $2 million - $3 million.

Derris is currently single and is far off from dating. He is fully focused on how to sort things out and move forward in life. As his life has been full of legal issues regarding girls, he is giving time to himself for a new start.

As reports suggest that, Derris has been in many relationships in the past. Some say that he is married too. But, there are no strong reports regarding those. They are all rumors. He does not post any pictures of his relationship.

To know more about your favorite players, Check out Playerswiki.