Dermis Garcia is married to Moonica Madera. The couple tied the knot in 2019. The baseball pitcher has shared few wedding photographs on his Instagram. He wrote, "Happy day of love and friendship especially for the queen of my life, I love you." 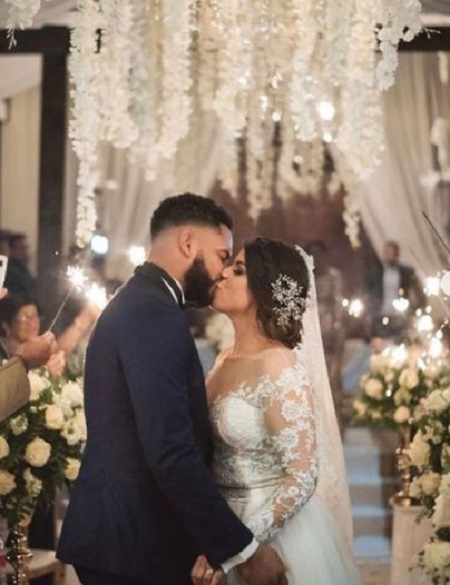 His spouse, on the other hand, seems to be low-key when it comes to her personal life. There is no information about her in the media except her name and marital status. Also, she has set her Instagram account private.

He began the 2017 season with the Pulaski Yankees and earned a mid-season promotion to Single-A Charleston.  In Charleston, Dermis drove in 20 with connecting for eight home runs, and six doubles.