Derek Stingy Jr. is a professional American football cornerback who currently plays college football for Louisiana State University. Derek was selected as one of the top cornerbacks of his class and was rated a five-star recruit by Rivals.com. Also, he was ranked third by 247sports in his class.

The five-star defensive back from Baton Rogue is highly athletic with good footwork, physicality, and natural coverage ability. Mixing all this with leadership ability, he makes a perfect cornerback for LSU college.

Who is Derek? Family and early life

Derek Stingy Jr. was born on June 20, 2001, in Baton Rouge, Louisiana, United States. He attended The Dunman School in Baton Rogue. In his senior year at Dunman, he was named the Louisiana Gatorade Football Player of the Year.

The cornerback is currently committed to LSU for his college. He is 6 feet 1 inch in height and has a weight of 86 kg.

Stingley Jr's father's name is Derek Stingley Sr. who also played football in the Arena Football League. His mother's name is Natasha Stingley and he has 3 siblings named Isis, Nahjha, and Sanaa. 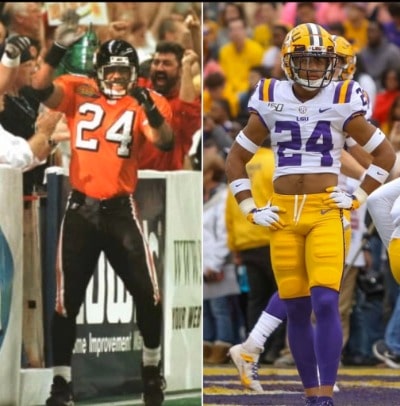 And his grandfather Darryl Stingley also played in the National Football League. He played as a wide receiver for New England Patriots and faced a serious injury while playing football that caused him to be half paralyzed.

What is the Net worth of Derek Stingley? (Contract and Salary)

As per sources, the estimated net worth of Derek Stingley Jr. is estimated to be $2 million. But the athlete has never confirmed his earnings and paycheck. Since, Derek is just a college football player, meaning that, the US has no policy of paying college athletes. But LSU covers all of his studying expenses.

Recently, a new rule was approved by NCAA allowing student-athletes to be paid according to their popularity and brand sports.

This has really given Derek an advantage since he has already partnered with various brands. 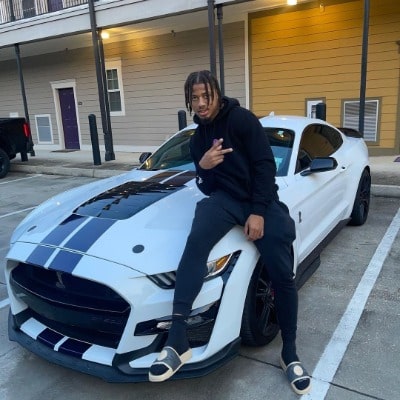 The 2× first-team All-SEC has already signed with Walk-Ons, a football chain and in addition, he recently announced his partnership with Jimmy Granger’s Ford in his Instagram. He wrote;

It is obvious that the LSU Tigers cornerback has made more money than an average 20-year-old. And it is just a beginning for the college prospect. More brands and deals are soon coming for him.

Who is Stingley Jr dating?

According to sources, there is a rumor that Derek Stingley Jr is in a committed relationship with Carley Loup. Carley also attends the same college as her likely boyfriend Stingley. However, the pairs have never talked about each other on their social media. But recently, the couple were seen together during one of the celebrations of Derek.

Carley's father was also a footballer and used to play for LSU tigers as a quarterback.