The former American baseball shortstop Derek Jeter, known for his failed past relationship has hit the limelight with his happy married life with his wife Hannah Jeter.  Currently working as the chief executive officer (CEO) and part owner of MLB's Miami Marlins, 43-year old Derek Jeter is also a father to a child shared with Hannah.

Probably, you are curious to know more about the relationship of the 5-times World Series Champion Derek Jeter. Scroll down as we will provide all the information on Derek's married life, wife, children, and affairs.

Married Life of Derek Jeter and Hannah Jeter,  Their Relationship

The lovely couple was reported to be in an on-off relationship before tying the knot, though, after the marriage, no mishaps of divorce or separation is able to touch the couple. Well, talking about their relationship, Derek and Hannah are dating since 2012 after meeting through a mutual friend.

Back in March 2012, the couple was seen on a casual date at a Starbucks in Tampa, Florida, which was followed by their romantic dinner at Double Seven (now closed) in New York City’s Meatpacking District. 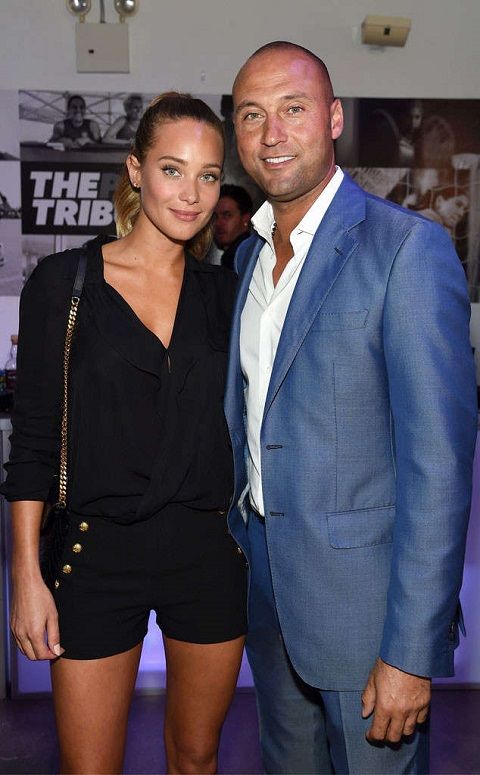 Though, for the first 2 years, the couple kept their relationship detail low, while they were also reported to have broken up at one point. But their strong love re-united them resulting in their engagement in November 2015 after 3 years of dating.

Well, the couple didn't officialize their engagement until revealing about their Italian Mastiff dog named Kane which he gifted Hannah on the Christmas eve of 2014, on his website. He mentioned Hannah as his fiance as of his post on November 3, 2015.

"I had no idea what I was in for as a new dog owner. He was a Christmas gift last year from my fiancée, whose family had Mastiffs growing up. I’ve never owned a pet in my life."

And soon, Hannah was spotted with a diamond ring on her hand.

Just a step closer to the relationship goal.

Boom! the dream moment of the couple came true as they got married after a year of their engagement.

It was a great day with lots of memories and joy as the couple finally walked down the aisle after 4 years of dating. In front of their close family, relatives, and nearly 100 guests, Derek and Hannah got married in June 2016 at the Meadowood Napa Valley Resort in St. Helena, California.

Reportedly, Hannah wore a custom Vera Wang mermaid-style gown during the wedding ceremony and later changed into another Vera Wang gown. Let's take a look at their wedding moment.

And even now, the lovebirds seem to be deeply and madly in love with each other like the newlyweds. Derek and Hanna can be seen SHARING really lovely moments on social media, though they seldom make their public appearance together.

And after sharing a daughter together, the couple's love seems to have grown stronger and inseparable.

Derek Jeter and Hannah Jeter, Parents of a Child

Back in February 2017, Derek Jeter and his wife revealed that they were going to be parents soon via their website The Players Tribune and even revealed that Derek had a name for their baby girl. Though, he didn't talk about the tenure of pregnancy.

The news soon went viral on the internet, and even fans made the tweet about the pregnancy too.

Hannah and Derek Jeter share their next chapter: https://t.co/ZY6aDhRQH6 pic.twitter.com/5heb7MTobQ

And soon, the couple welcomed their baby girl on August 17, 2017, and the name of the baby girl was revealed to be Bella Raine Jeter.  The couple got the shower of congratulations after the news of the childbirth.

Though, the couple has not shared the photo of their lovely daughter.

Hope the day is not far too and let's wish them a lot of happiness.

Past Affairs and Relationship Rumors of Derek Jeter

Well, when it comes to the record of past affairs, Derek Jeter seems to have a long list. Initially, Jeter was in a relationship with singer Mariah Carey from 1997 to 1998, which was followed by his short-lived romance with model Vida Guerra.

He also dated former Miss Universe and Indian actress Lara Dutta from 2000 to 2001 and singer Joy Enriquez in 2001. 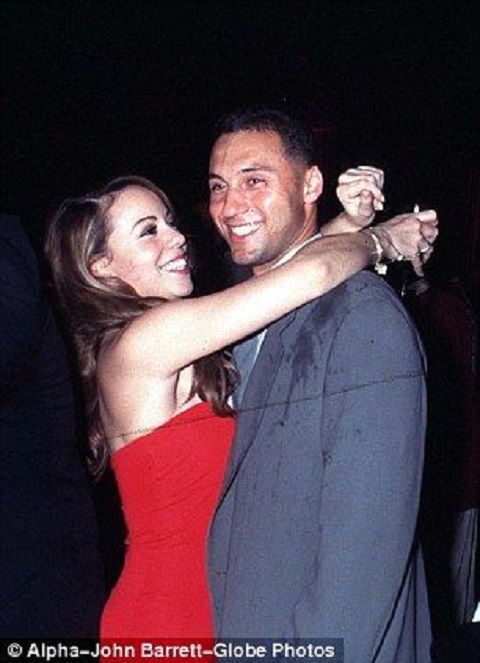 Then in 2002, he was in a relationship with Jordana Brewster, however, broke up a year later. Soon in 2003, Derek was reported to be dating television personality Vanessa Minnillo, but, the 3 year-relationship got ambushed without any disclosed reason. 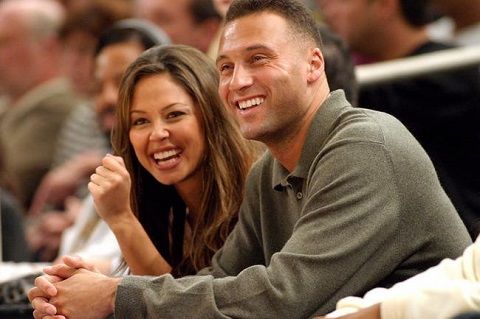 And after dating actress Jessica Biel for a year till 2007, Derek Jeter tired his luck with Minka Kelly in 2008, though the relationship got an end after 4 years in 2012.