Derek Forbort is an American professional ice hockey player who plays in the National Hockey League (NHL). As of 2019, Derek Forbort currently plays for the Los Angeles Kings as their Defence. Derek Forbort was drafted in the 2010 NHL Entry Draft by the Kings.

The detailed information regarding the current relationship status of Derek is still kept secret. As a Defence, Derek Forbort reportedly earns around $2,525,000 as his yearly salary from Los Angeles Kings. Further, he has an estimated net worth of over $5 million.

Derek Forbort's Net Worth and Salary

As of 2019, Derek Forbort has an estimated net worth of over $5 million and is yet to reach the level of Carey Price. Further, the NHL player has an average salary of $2,525,000 annually and Forbort so far has made earnings of $10 million from his entire NHL career.

He reportedly signed a two-year contract worth $5.05 million with Los Angeles Kings in 2017.

The contract further includes a guaranteed sum of around $5,050,000 along with a cap hit of around $2,525,000. Anze Kopitar is the highest paid player of the team with an annual average salary of around $12 million.

Comparing the professional life of Derek with his personal life, there haven't been any details found regarding his current love affair. Besides he keeps his personal life hidden from the general public and stays away from rumors and controversies.

As going on exploring his social sites, there isn't any single hint given which suggest us about his probable wife/spouse/girlfriend and maintains secrecy on his love affair.

Since he hasn't claimed his marital status, so we cannot confirm whether he is married or not. Also, no rumors and controversies are found on the news portals about him dating anyone. Other than being a famous NHL Defence, Derek Forbort is pretty famous in social media.

The Famous NHL star is 6 feet 5 inch in height and weighs around 99 kilograms. Derek Forbort is not only a world-class athlete but also has a very attractive individual.

Derek Forbort was born on March 4, 1992, in Duluth, Minnesota, United States but the details about his parents aren't available on the media. As per his nationality, he is American and belongs to the White ethnic group and his star sign is Pisces.

Derek started his professional playing career with the Los Angeles Kings after being drafted in the 2010 NHL Entry Draft in the 15th overall pick. Later on, his NHL debut was in 2015 against Minnesota Wild whereas his first goal was against Vancouver Canucks. 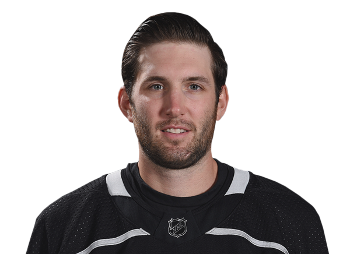 Currently, he is playing for the Kings along with some of the famous star players including Alex Iafallo and Tyler Toffoli.