Denis Vavro is a well-known professional association Slovak football player playing for Danish Club Copenhagen on loan from Lazio and the Slovakia national team as a center back. He has won various Leagues like Slovak Super Liga 2016-17, Danish Superliga 2018-19 and Peter Dubovsky 2017.

On 10 April 1996, a Slovak national soccer player Denis Vavro was born in the beautiful place of Slovakia called Partizanske. As per the astrologers, his zodiac sign is Aries, and he is just 25 years old as of 2022. Vavro is a right-footed player and wears jersey number 3.

He has a wheatish skin complexion and a shredded athletic body structure when talking about his physical appearance. The Slovakia international stands tall at 6 feet 3 inches and weighs over 81 kg.

Know about Denis Vavro's net worth, annual earnings and market value as of 2022

Partizanske-born Copenhagen center-back Vavro has an estimated net worth of $6 Million. When he joined Lazio in 2019, he netted a staggering salary of £27,000, which sums to £14,04,000 per year. As his primary source of income is playing for top clubs.  Besides football, he also credits his cash flow from brands, sponsors, advertisements and commercials deals. Nike is one of his sponsors that has been paying him a healthy amount for being their brand ambassador. It also facilities Vavro with kits and football boots too. According to Transfermarkt, the Slovakia defender Vavro has a market value of €3 Million.

Since childhood, Denish Vavro was into the sports field, especially soccer, and used to participate in soccer during his schooling. As he grew up, his passion and hunger for becoming a footballer grew even more. The Slovak center-back set into football professionally back in 2012. Before joining Zilina, he initially used to play for Tempo Patrizanske as a youth player.

Vavro made his Zilina debut on 20 April 2013 in the game against AS Trencin. After his five years tenure with Zilina, the Slovak national, Vavro joined Copenhagen on 26 August 2017 on a five-year contract. He played 2 seasons for the club appearing in 61 matches and scoring one goal. 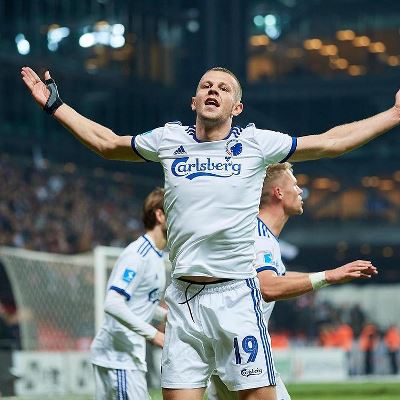 Later on 4 July 2019, he assured to join Serie A team Lazio with the transfer fee of €10 Million signing a two-year contract. It didn't go as he planned. Lazia decided to loan him to La Liga side club Huesca on 1 February 2022 until the end of the season when he just got to play 11 gamey. After his loan contract with Huesca, he moved back to his former club Copenhagen on 24 Jan 2022 on a loan with an option to buy.

Who is Copenhagen center-back Vavro dating?

Copenhagen star player Vavro is in a committed relationship with his gorgeous Girlfriend Sarka Pekov. He has shared his Gf photos on his various social media accounts. He let his fans sneak out into his personal life via social media. The duo loves traveling so they often go on vacation together. Vavro and Pekov are enjoying their love life to the fullest presently. The couple has maintained their personal and professional life equally.