Demario Davis is an American football linebacker who is currently signed to the New Orleans Saints of the National Football League (NFL). He finished his collegiate career at Arkansas State and was picked by the New York Jets in the 3rd round of the 2012 NFL Draft. Later, he played for Vleveland Browns (2016), return to the Jets in 2017, and moved to Saints in 2018.

Collins, Mississippi native, Demario Davis was born on 11th January 1989, under the star sign Capricorn. As per nationality, he is an American and is of Afro-American ethnic background. The thirty-one years old stands 6 ft 2 in (1.88 m) and weighs 248 lb (112 kg).

Turned pro in 2012, he has already summoned a tremendous sum of money. His NFL career earning is listed below down the table.

Besides, there is less to no information regarding Davis' real estate properties and vehicles. As of 2020, his net worth is approximately $20 million.

A devout Christian, Demario Davis is married to Tamela Gill-Davis. The couple tied the knot on 7th July 2012, in Jonesboro, Arkansas. For a honeymoon, they took off for Atlantis, Bahamas.

The duo met at college. Tamela was sitting in a medieval history class when Davis walked. Tamela said her first thought of him was “who is this creep.” Around the third class meeting, Davis started a conversation with Gill; that introduction sparked an interest, which developed into a friendship and later into a committed relationship. They became engaged in 2011 Christmas Eve. 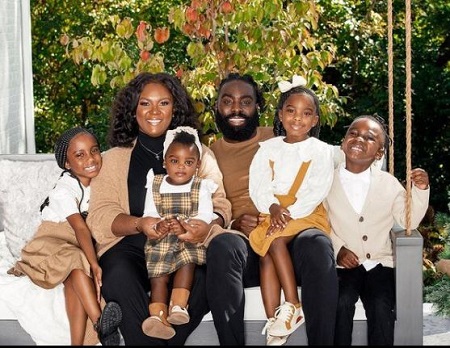 Now, four children: Roman-Parker, Bailey-Grace, Summer-Joy, and Carly-Faith. In May 2020, the young one Carly-Faith was diagnosed with retinoblastoma, resulting in the loss of her left eye. In November 2020 the family came up with good news that his one-year-old daughter is cancer-free. Carly-Faith ultimately needed her left eye removed and replaced by a custom prosthetic eye. Davis talked about how he used his celebrity power as an NFL linebacker to spread more awareness about retinoblastoma.

Davis's mother was only sixteen years old when she gave birth to him and his father was a career enlisted soldier in the US Army and combat veteran. He enrolled at Brandon High School, where he played football, basketball, and track. Upon graduation, he attended Arkansas State University.