Dell Loy Hansen is an American businessman who owns the Real Salt Lake of the Major League Soccer (MLS). Also, he is the owner of Utah Royal FC of the National Women's Soccer League. Additionally, Hansen owns Wasatch Property Management, Rio Tinto Stadium, and has several other business interests in Utah and surrounding States.

Southern Utah native, Dell Loy Hansen, is currently in his 70s. He holds an American nationality and belongs to the white ethnic background.

Dell Loy Hansen has earned most of his wealth from managing his company Wasatch Property Management which has over $3 billion in assets. Additionally, he owns the Real Salt Lake, a professional soccer club in Major League Soccer that is valued at around $170 million.

Not only this, but he also owns at least 42 venture companies, with more than 4,500 employees located across Idaho, Utah, and California. The venture companies range from a wood milling company in Utah to a recycling & waste disposal company in Sacramento. 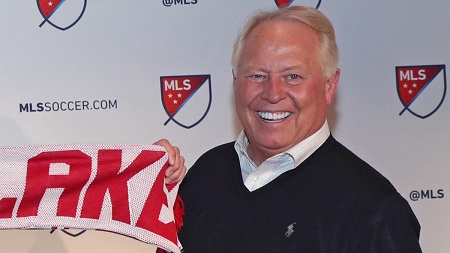 In August 2019, during an auction at the American Numismatic Association World's Fair of Money in Chicago, Dell paid $1.32 million for the 125-year-old coin.

Now, the martial relation between Dell Loy and Lynnette has come to an end. The reason behind their separation is unknown to the public. 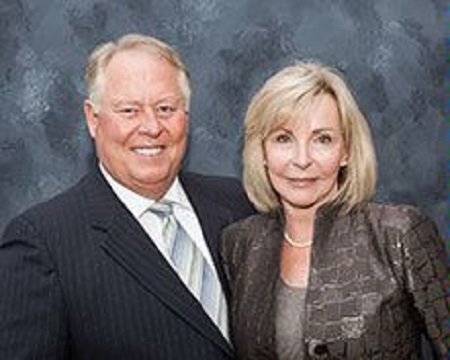 However, Dell Loy is not single. He married Julie Aiken Hansen on August 31, 2019. He is blessed with six children, has nine stepchildren and 46 grandchildren.

Most recently, on the heels of an investigation into Real Salt Lake owner, Dell Loy Hansen over controversial comments about his team joining national sports boycotts, his wife, Julie, came to his defense via text messages to 2News sports anchor David James.

She wrote, "I just want you to know that Dell Loy does not have a racist bone in his body. No one supports equality more than this man. (He read and gave out "The New Jim Crow" book in support of Black Lives Matter. Today, he just wanted to apologize to the fans, the employees, and vendors who worked so hard and were sorely disappointed. Very disheartening."

Dell Loy Hansen's father worked for the Soil Conservation Service, whereas his mother was a schoolteacher. When Dell Loy was in his seventh-grade year, his family relocated to Cache Valley, where Hansen's family finally settled.

Dell Loy graduated from USU in 1982 with a bachelor's in political science.

In college, Hansen started building houses. He said, "It seemed like a good way to make a living, until the savings and loan crisis of 1988. The housing market imploded in 1988, In October of that year, having worked all year to lose $100,000, I said, 'I'm not a home builder anymore.' So he closed the business."

Besides, Hansen founded Wasatch Property Management in 1988, which employs approximately 600 employees.  Moreover, he is owner or part-owner of close to a dozen companies, with about 900 employees located across Utah, Idaho, and California.