Warrington Rylands 1906 midfielder was born on 22 June 1988 in Capetown, South Africa. He has also represented his nation at Two African Cup Of Nations. He previously played for Scottish side Rangers, League One side Oldham Athletic, etc.

Maccabi community ambassador Dean is Jewish and of English descent. He was born to his father Ronnie and mother Carol. When he was about 5 years old, his family moved to England. Though he was born in Cape Town, he was raised in North London. Furman attended the JFS Jewish mixed comprehensive school where he did his primary level.

The South African midfielder Furman also has a sibling brother who is a footballer and has represented Maccabi GB. His educational degree is really impressive. Furman holds a certificate of Four-year Degree in Sports Science from Manchester Metropolitan University.

Who is Dean Furman married to?

Dean Furman is the loving and romantic husband of his wife, Natasha Horwath. The couple started dating for quite a long time before walking in the aisle. The SAA Art and sports award winner, Furman, met his beloved wife in Manchester, England. 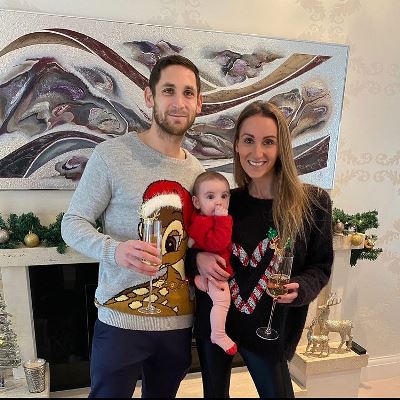 Dean with his wife Natasha and daughter at family party        SOURCE: Instagram

The duo married in June 2018  at Synagogue, England. In June 2022, their family is blessed with a beautiful daughter. The Furman family is living a very happy and cheerful life.

Dean Furman is a  very respected South African player with a four-year degree in Sports science.

Furman kicked off his football career at the age of 9 years when he played as a youth team player of Premier League club Chelsea and left it at the age of 18 years.

In May 2006, he signed for Scottish Premier side club Rangers. He was a vital player there and also led the team under his captaincy. After his 3 years of tenure there, he signed with English League Two side club Bradford City on loan until January. Furman made his debut game Aldershot Towan as a substitute player.

He was back to Rangers again, where he was given a year contract with Ibrox as well as for Bradford city, but he declined and joined  Oldham Athletic on 29 June 2009. Cape Town-born Furman played in 131 games and scored 8 goals in total. He has been changing clubs time again. After expiring his deal, he joined Doncaster Rovers on loan on 14 March 2013 and again Supersport United on 18 August 2015. He has been on and off in the transfer market. 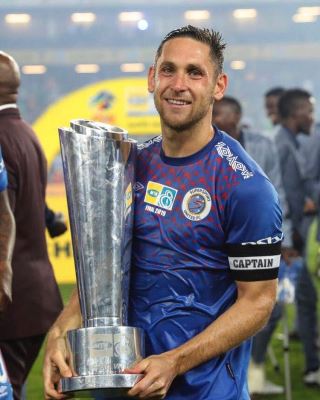 Dean Furman received his first call for the national team on 19 August 2008, debuting against Australia. Because of his football ability and leading quality, later he was appointed as the captain of the national team as well. As of 202, he's led the South Africa national team winning 56 games under his captaincy.

The former South African captain is a well-established player and a role model for his fans. He has been doing very well in his career. The 33 old soccer player has played for many tops clubs, so he must have added good fortunes to his net worth to date. He is one of the highest-earning players PSL with an annual salary of R300000. As of 2022, his estimated net worth is around $5 Million. Furman has many income sources. He is an ambassador of various companies and is also involved in brand ads. Furman additionally boosts his net worth from his sponsors and brands.